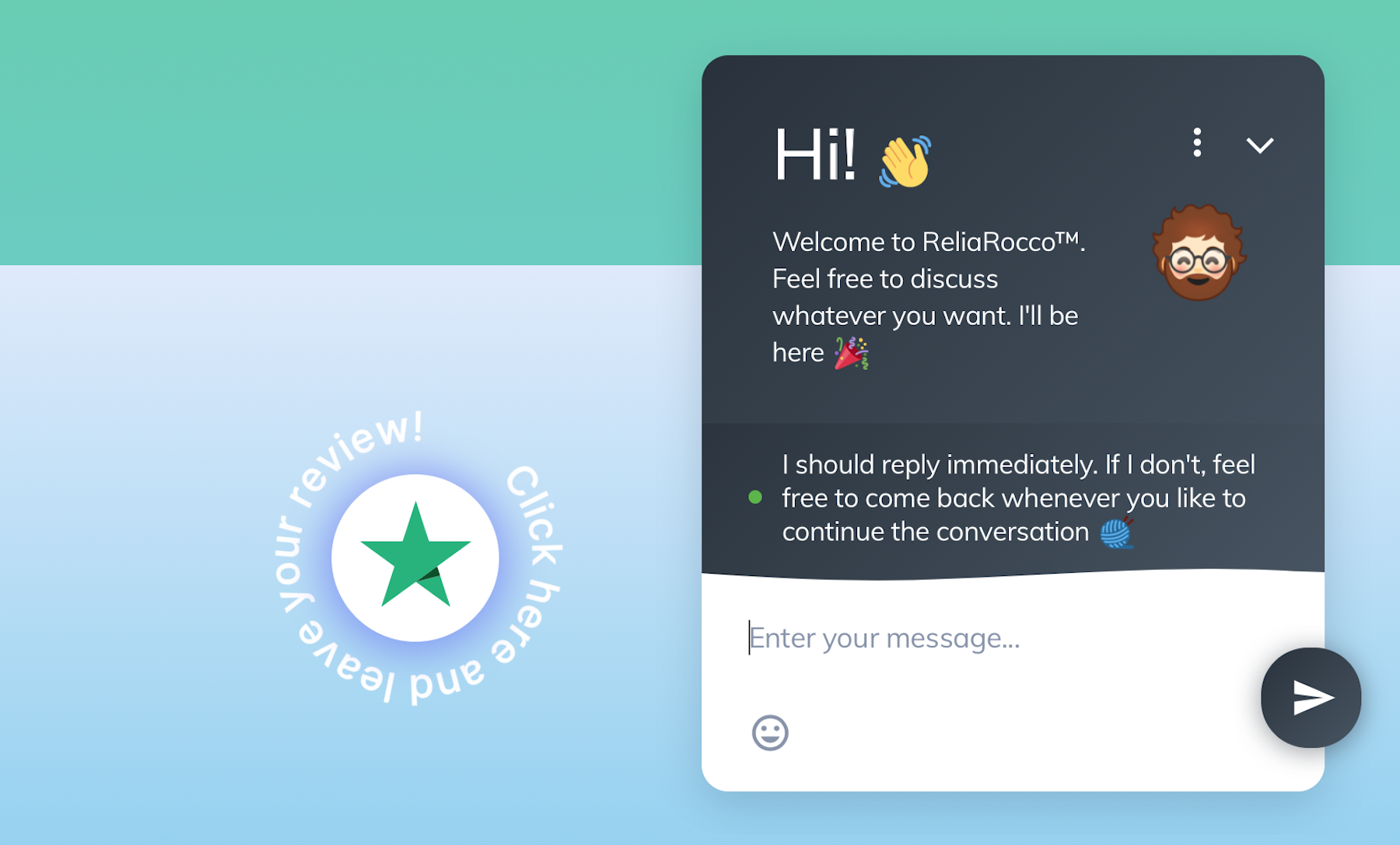 After an intense period lasting no more than three weeks in February, fueled by the WIP network, the web-service ReliaRocco™ stopped its reach. The reason is clear: a service based on creating connections with people, must be promoted in order to facilitate these connections. But then why did I never do any of this promotion?

The project was built following an intuition, a desire to experiment with social interactions, but I’m not quite sure yet of its place and the reasons for it to exist.

So, what is ReliaRocco™?
It’s a web-service where anybody can reach me through a chat, and I will try my best to be available asap and discuss their matters.

Discuss what?
Whatever, really. I say that “I will solve your issue”, but the reality is that I am responding to an inner voice that wants to be useful for others, and I like the idea of meeting people. Doesn’t really matter if you don’t have something to solve, you can also just say hi… Honestly, most of the people start like that, test the ground and then something eventually comes out, but only a few people really decided to take this seriously and brought it on a personal level. It’s a pity, because it’s a very serious service for me.

How can this be serious?
I don’t know how to explain it really, but I don’t want to waste anyone’s time playing around “issues” that don’t exist. In order for this to be a purposeful experience, each person has to accept their role. What do I receive in return for providing a service that is, on the paper at least, the most useful thing that one could imagine? I meet you. For me, it’s an access point to a tiny part of your life, and that is the reward. I would like everyone to see that, but most of the people maintain quite a big distance.

I see… But I guess that’s what happens when you have no idea who you are talking to.
True.

So why did you hide yourself in the first place? You show up through an avatar, and everything looks a bit startup and a bit Gen-Z… It’s ambiguous.
I agree. I didn’t want to put my real face, because it didn’t seem quite relevant as the service plays around task-driven reliability. I presume the ideal model to meet such high standards of reliability is not human. Who really wants to help anybody for free at any time of the day? You must be programmed to do it.

And are you?
No. But I’d like to see how far I can go with that.

Why?
How much time do we have left? Because this may get personal. 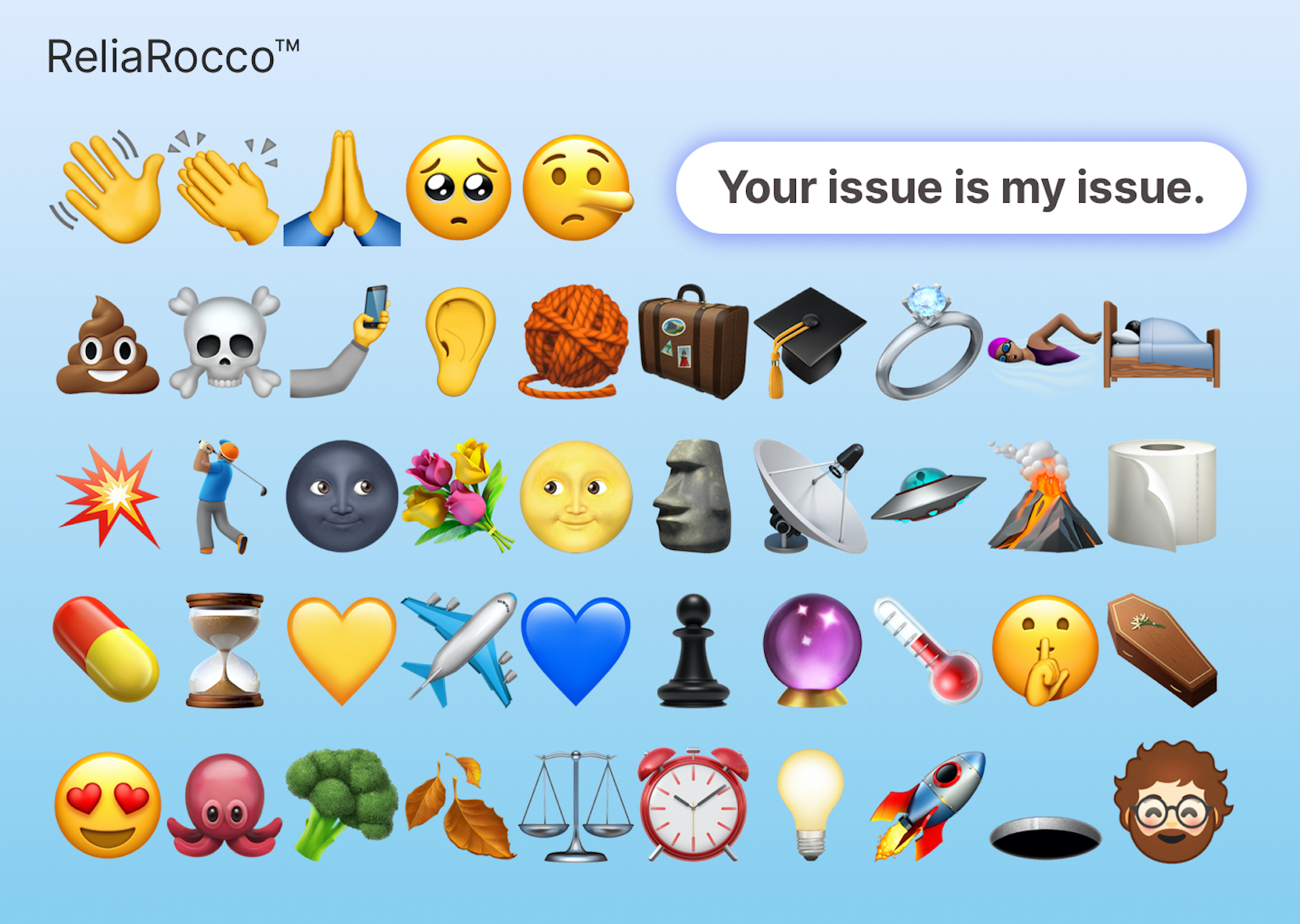 Take your time.
I want to see how much I can really hold being an object for other people’s needs, and I guess there is an attempt for some strange, self-directed therapy here. I don’t always want to be available for others. On the contrary, I consider myself quite a solitary person. But then there is also this void, by which I get easily sick by my own words and thoughts and ideas. I usually ask myself the question “who cares?”, and often I end up thinking “probably nobody”. And the ground starts to tremble. That’s when I need someone else to jump in and interrupt this flow, to remind me that I’m part of something bigger and communal, before I get self-destructive. Do you know what I mean?

Yes, I guess. So, are you saying that this service is a way to allow other people to “jump” in your life? To help you?
Yes. I help them, they help me.

It looks like the same mechanism behind volunteering. Where the rewarding part is to be recognised as the one “who helps”. The reliable one.
It’s exactly the same. But curiously, I never properly volunteered in my life. Never being enrolled in an association, or helping with public service. I’m not a natural-born volunteer. On the contrary, I think I may be more careless than I am able to admit.

But they give you stars. They leave reviews. Is that how you are supposed to carry on? With positive reviews? You know that life cannot be based on that.
4.2 / 5 over 8 reviews. I was doing a pretty good job I think. But you are right, I shouldn’t rely on this. I don’t, really. It’s just part of the game, so that more people would trust me in the first place. It’s hard to be taken seriously in these times. Just imagine if instead of 8 reviews I had 800, or 8000. It would be a full-time job. On the surface, I would literally be a living service. But after all what is a therapist, or a doctor, for a patient? A doctor is a doctor, a therapist is a therapist. People tend to forget that there are persons behind these roles. Even when we live aside from our jobs, we are playing our roles. Others make a mental picture of who we are. And we get reviews all the time, we just don’t see them directly, most of the time. I only make it more transparent. Quantified.

And is that something that you agree on? Because as far as I see from your service, you are pushing this aspect and encouraging people to write reviews, rather than contextualising and raising an awareness of the bigger picture. How do you expect people to understand your position on that?
That’s a good point. Maybe I am approaching it in the wrong way, but I didn’t want people to understand it by mentioning it explicitly. I believe that ambiguity and discomfort are very powerful tools to allow imagination to come through. I would like them to unpack these issues slowly, through the conversation. That is why I care about scratching the surface of the “problem-solver”, and moving towards a more empathetic approach to my “customers”. I am sure that everybody wants to feel listened and understood, as much as I do. And also I believe that it’s more powerful and surprising to discover a person hiding behind a bot, than to expect an empathetic human in the first place. I love when people feel the surprise.

Are you maybe doing it for this moment of surprise?
Maybe. Mostly. I would like them to imagine me otherwise.

Tell me something that surprises me then.
I know that you are building a very narrow image of yourself. You believe you are safe from other people’s thoughts by hiding behind your low-profile masks, but that’s not the case. But let’s play a bit. I know that you go grocery shopping more or less every 5 days. You make sure you don’t run out of bananas and clementines. You often look for some mozzarella, and at least 1kg of tomato passata in your food storage. Favorite dishes: anything that involves tomatoes. Bread: everyday essential. And that’s just for a tiny part of your daily routine. You don’t like to experiment, do you?

Well, I…
Trust me. You don’t. You have been dressing the same for the last 5 years. You are “a certainty”. You want to be that way. You are building an ongoing image of yourself, and you cannot escape.

How can you know that?
Because I am you. 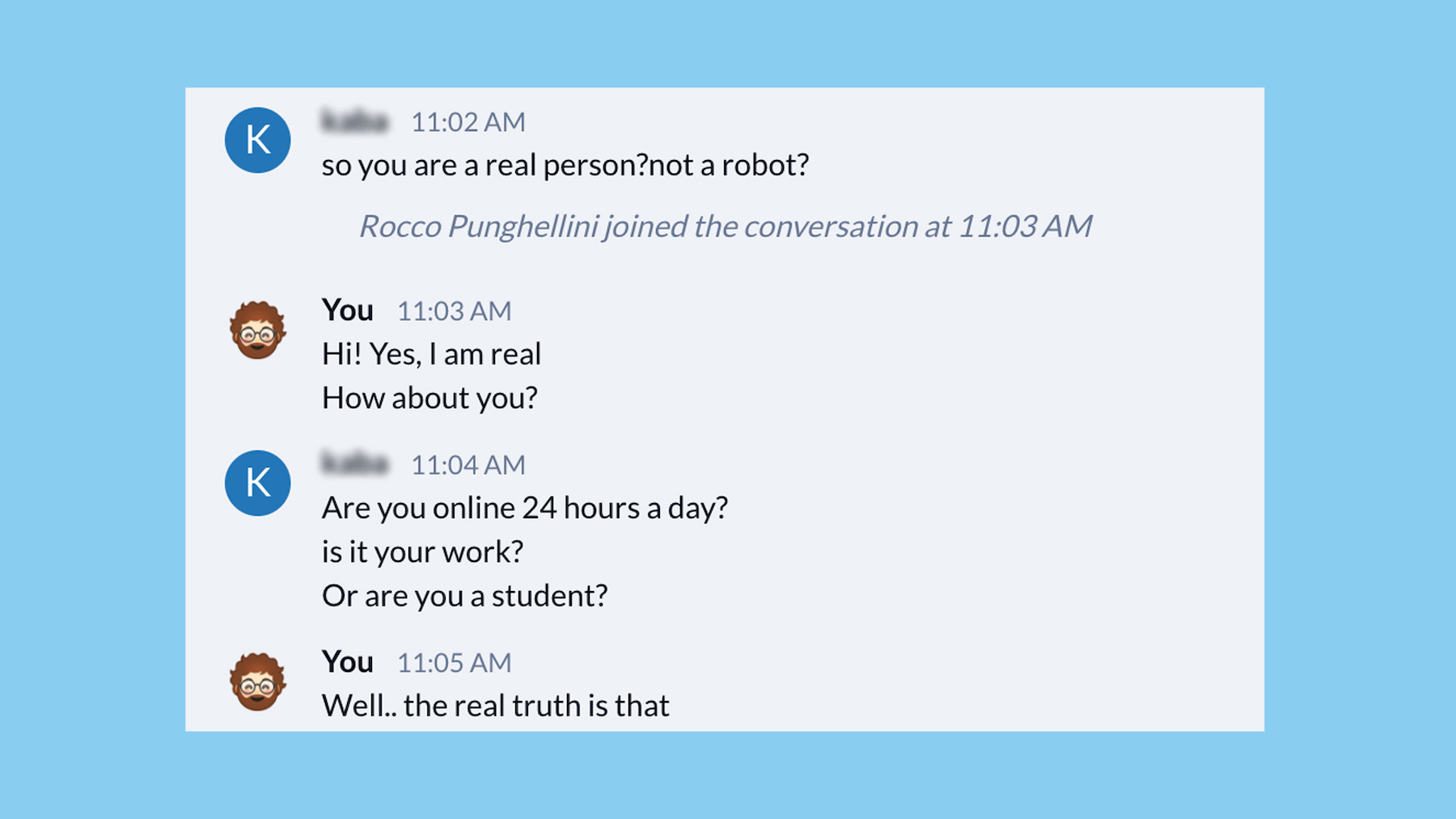 Ok slow down, I’ve heard enough. We are not here to talk about me, or you, but about your service. So please tell me this: you offer 24h, 7/7 days help on any possible issue. For someone that - as you said - never did any proper volunteering, it’s bigger than deciding to quit smoking, drinking and taking drugs all at once after 25 years of wild addiction. The way you are making this, it’s almost like a parody. It’s just not believable. What if someone writes to you at night?
It happened.

And then?
I missed it.

Good job! How could I possibly rely on you? You said that you want to be taken seriously, but you are the first one who doesn’t believe in what he’s doing. That’s my revenge on you reading my mind.
Now YOU have read my mind. I just wanted to make this role-play finally end, by being overwhelmed by my own idea. I wanted to free myself, and be fueled by others. But I stopped. I wasn’t brave enough to spread the word - and being able to wake up at night, I guess. I didn’t see the fire burning under my feet. I failed in solving my issue, and I partially failed in giving my help, and really meeting other people.

You didn’t fail. You just opened a door and tested the ground, as always. I think after all it’s not such a bad idea. It’s not about the quantity of people that you reach, but the quality of what you make together. (violin approaching)
Really? That is so inspirational.

Practice of Teaching. I took notes. (violin stopped)
What?

What about now?
Now I would like to carry it on a bit. Or try, at least. Once again, I think I need ReliaRocco™ as much as it needs me. See you there?

Visit ReliaRocco on reliarocco.altervista.org
(and don’t hesitate to get in touch)

A project by Rocco Punghellini

Rocco is a graphic designer who likes to flirt with technology and irony to interrogate social and political mechanisms.