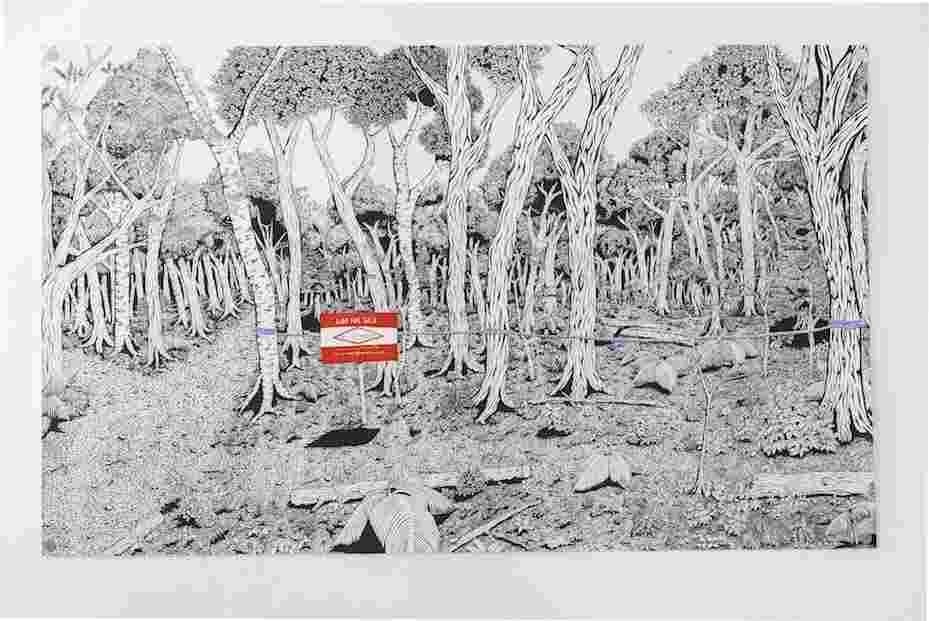 Noemi Klein recently stated, “The sturdiest part of the Neoliberal project is the war on the imagination’. If we are to take her word, and certainly Tony Blair’s New Labour and Bill Clinton’s third way Democrats seemed to defer to Prime Minister Margaret Thatcher’s belief that “there is no alternative” than neoliberal capitalism, then the picture of an alternative must be painted vividly and provocatively. It has to be raised onto banners for all to see, become an answer that creates an alternative spectrum and provides hope for a viable future. In this respect, the memorable moments of the Brexit, Trump, NHS, Austerity and Climate Change protests have not been powerful orations but evocative placards. Laypersons and artists alike have taken to creativity to express themselves beyond their own presence, filling a void of political opposition left by the centrist parties.

While unlikely to create a difference with protest placards on a singular day, the memorability of the image shows that activism and image making can create a powerful legacy. From the Hogarth illustrations showing urban decay in the 18th century to Peter Kennard’s anti nuclear photo montages, the impact of art on the consciousness of society cannot be underestimated. If Neoliberalism has waged a war on our capacity to conceive of alternatives, then it is up to the creative to draw out a new future.

For my own part, I only realised the potential of drawing as activism recently when I had to justify what drawing is not. This question was posited as a provocation for the DRAW 2017 show and the responses from the group seemed to be a rebuke to the perception that drawing is safe and simple, with phrases such as ‘Drawing is not vacuous’, ‘Drawing is not ornamental’ and ‘Drawing is not easy’. These statements felt like a rebuke to the assumptions of drawing being non political, quaint and self involved. Our art, our dedication and our skill felt discarded as ornamental niceties and in retaliation our statement about drawing showed the criticality and difficulty of drawing, of analogue processes and of understanding a subject both academically and intimately enough to express it in one’s own raw form.

My contribution to this process was the phrase ‘drawing is not passive, every line is an active engagement’. This reflects why I believe drawing can be a form of activism. Being influenced by Micah White’s writings, my practice is an active engagement with the world around me with the intention of touching other people’s minds through my work to create change.

Drawing in this manner is a statement; a physical gesture of your intent through a time intensive and critically curated image which reflects your passion and belief in the subject matter through a public action. For me, drawing is an engagement in reality which allows an understanding of the world that can be explored universally. This understanding also reflects in my way of drawing, which is influenced by the social criticality of the German Expressionist story tellers and the honesty of the Situationists. Motivated by their artistic intentions I create stark, monochromatic images that grab the audience, ignoring the subtleties of half tones and greys that obscure the message I wish to translate.

These ideas go to the heart of my practice, allowing me to explore how we treat nature, animals and one another in our contemporary society. While influenced by those social commentators of the 20th century, my drawings come from a research led practice and when trying to realise both activistic purposes and artistic expression I toe the line between the academic and intimate. This leads me to research my topic in a holistic sense, asking uncomfortable questions that challenge my own beliefs, exploring the terrain of my subject, chatting to locals, reading books on both ecological and social terms and drawing on site. 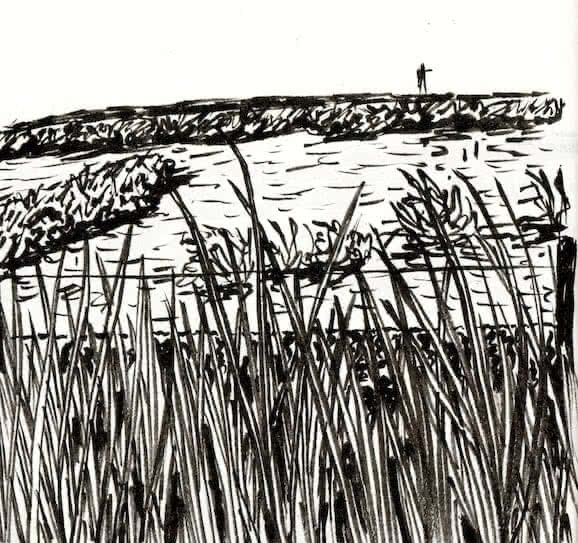 Drawing in situ allows me to feel a place. As I draw a location, be that the marshes in Rainham 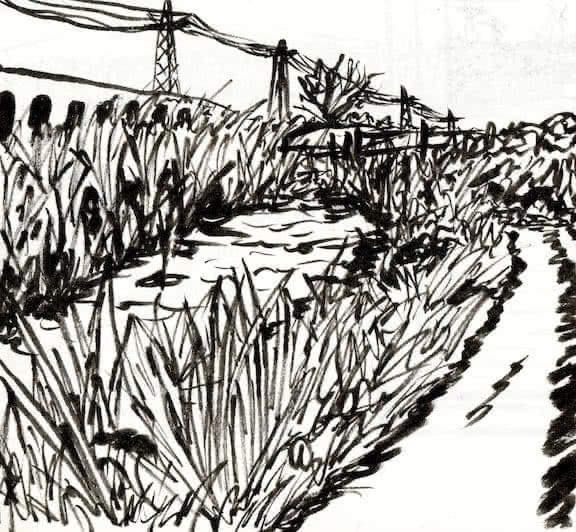 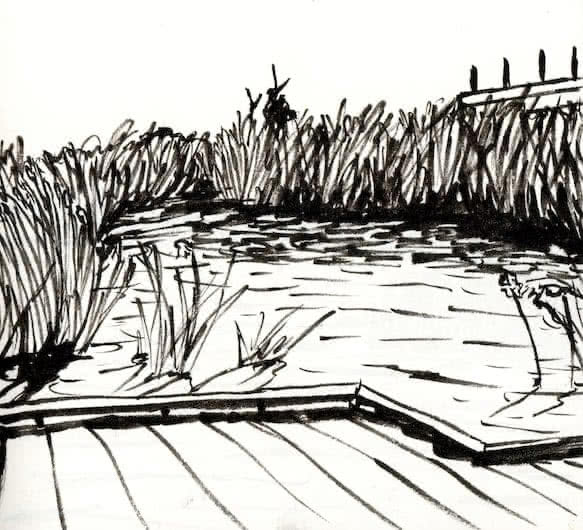 or the forest down the road from me in Hayes Common 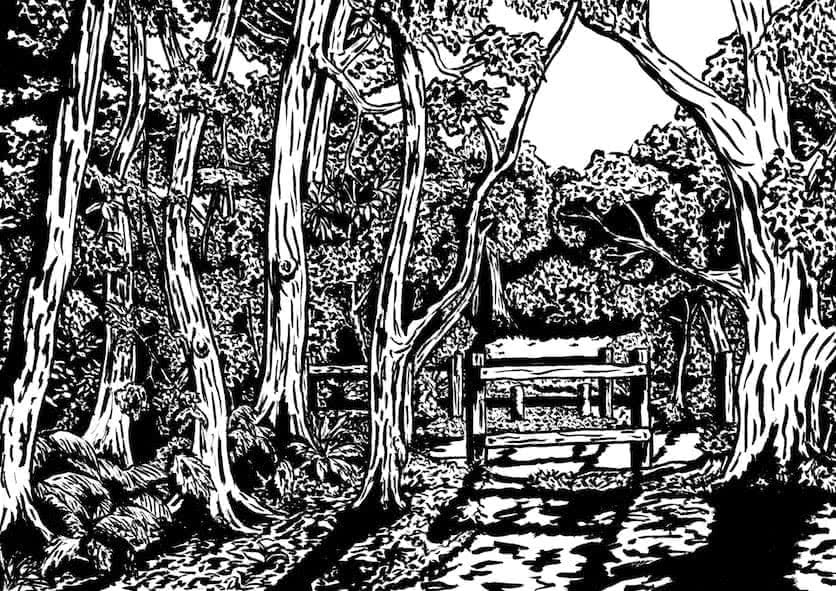 in my last projects at the RCA, I do not intend to capture it’s reality but it’s energy, gesture and mood. In this process of observation, I sit back from my own thoughts and allow the land to express it’s ideas and shapes to me through my pen.

This dialogue with the environment gives me to time to reflect on nature’s own growth, it’s intricacies and it’s own struggles and in these moments of pause from my own biases, I learn from an ancient relationship that speaks of time, nurture and sustainability.

While these ideas seem to run counter intuitively to modern economics and social order, for the majority of human history we have had to listen to this natural process and understand it to prosper. The change in recent times has been predicated on the assumption that we have now conquered nature, that our machine processes have subdued the ferocity of the earth’s systems. In this naivety we have built a system of exponential growth on a finite planet with an extractive economy, running up huge debts that the ice caps, the oceans and other species have been paying for. As the financial bubble of 2007 shows, the credit will eventually be called upon. Be that the 40 or so harvests left in our abused monocultural fields, the carbon and methane soaked atmosphere that will heat the earth to catastrophic consequences or the lack of resources which will continue to spark conflicts as unequal societies fight to control the last vestiges of growth. In this neoliberal world, all is capital, all is exploitable and nothing is sacred and so these ancient understandings are being lost, deemed inefficient by the spreadsheet.

While I am aware that drawing in relation to these civilisation ending issues seems minuscule, I do so because it creates conversation and the drawn image is universal. Image, conversation and the yearning for knowledge is a common pursuit in whatever language and culture and this is where activism can gain most traction. We are curious creatures and if we see something we don’t understand we will try to work it out and in this unequal world, there is a lot to figure out if you can only see it. It is this curiosity that I exploit through my drawing. In my work on the environment I expose the depth of nature through my drawing to trigger this curiosity. I realised this idea in my most recent piece ‘Green Belt Properties’ 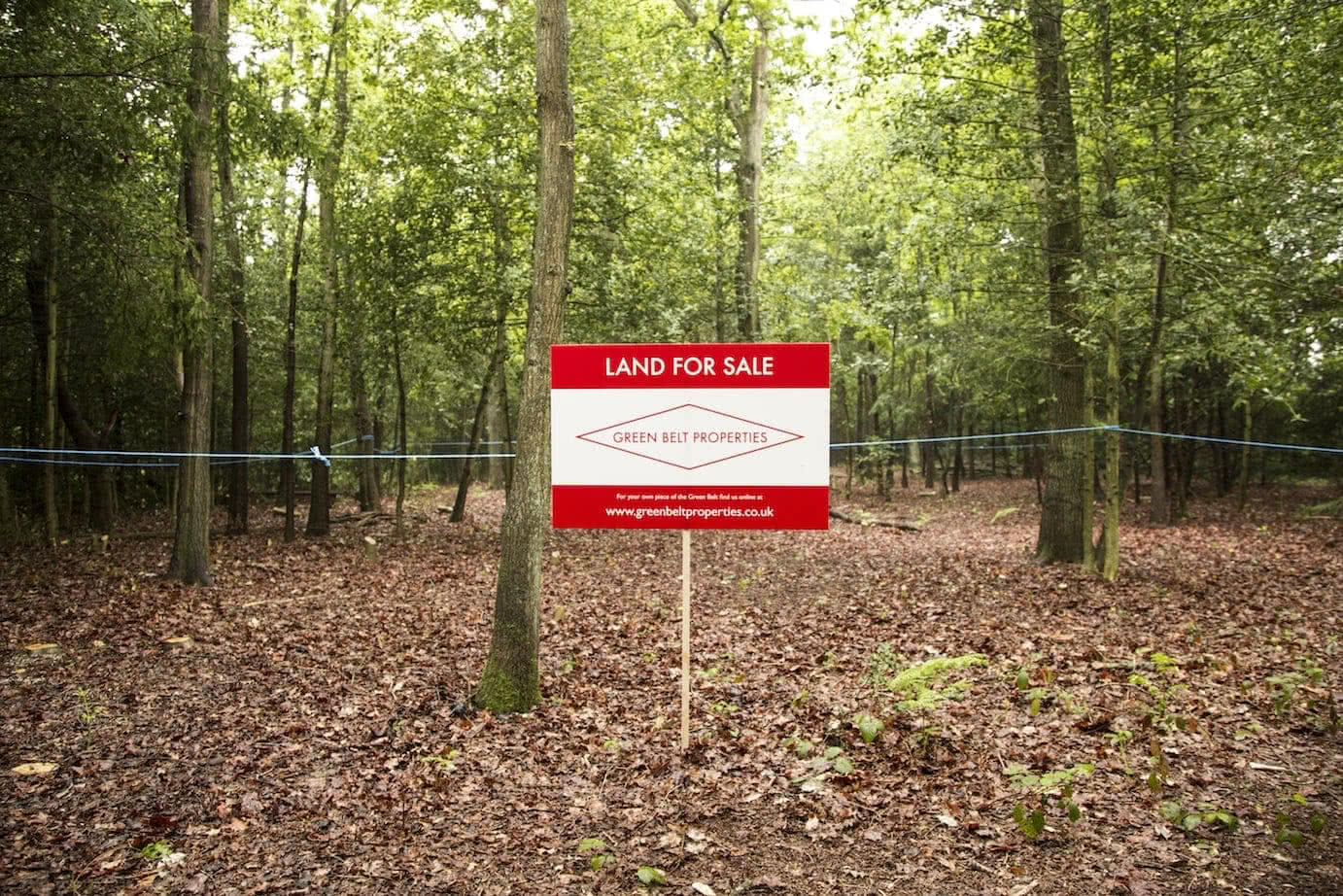 , where I took on a 1.4m high by 2.3m wide piece of paper to show the nuance and vitality of life that is encompassed by the blue rope within the forest of Hayes Common. This drawing visualised the noose that would be put onto the lives of the thousands of creatures and plants who lived in the 23m2 if the fictional company were to build one family of four’s home. 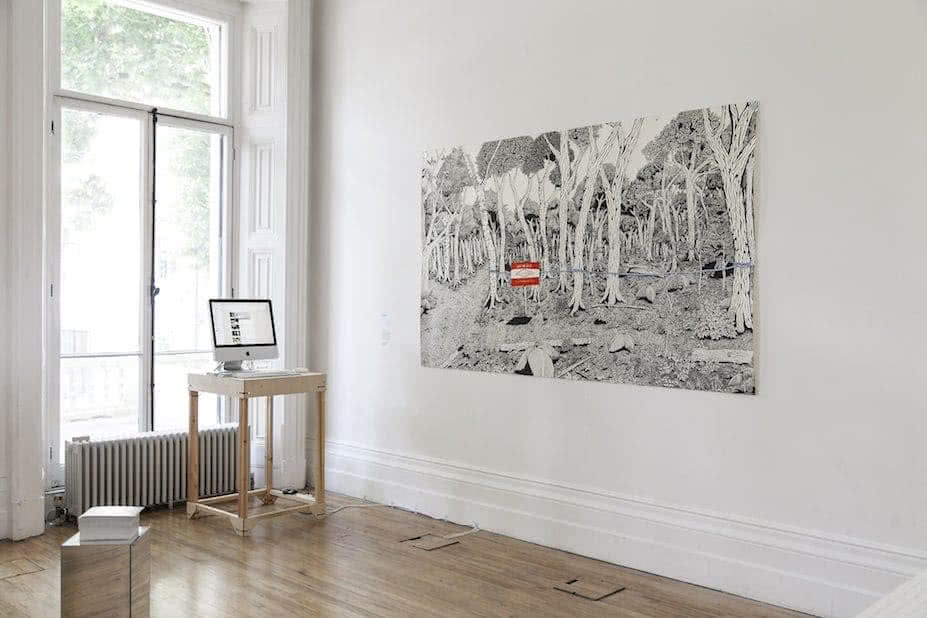 By creating such vast and intricate drawings, I lead the viewer into my passion and the reality that I wish to communicate. As the viewer engages, they will question why I have done this, what this means to me and why I believe it is worth doing. These opening questions will lead to self reflection through my vision and I hope that this makes them explore the concerns I raise, research what I say and begin to engage in a dialogue.

While drawing for activistic purposes, I am aware that the image is a tool for dialogue. As the viewer comes away from the image and begins to process the intentions behind it, they will begin to discuss and explore the theme and this is where the depths of my research allows the viewer to engage in both the hard ecological facts and the soft social implications. This knowledge is key. In regards to knowledge, Professor Richard Wolff states that all systems in their own time seem unassailable to those inside it. As feudalism compelled the peasant to work for their lord, so we labour for our CEO because we cannot see an alternative. The printing press revolutionised society in the 16th century to self empowerment and ultimately societal change. We too must now engage our skills to create a shift in public consciousness through dialogue and the exchange of knowledge in order to break the Neoliberal totality.

My drawings are a entry point on this way to societal change. While unable on their own to change the world; the dialogical aspects of my work, the consideration of different parties and interests in the area concerned and the immersive depth of my images creates a foundation for engagement and exploration that can affect perception. In doing this work I am aware of the limitations of drawing, context and reach, however for those that I do reach, I draw a vivid world for others to imagine and within these small victories I hope to affect the dominant ideology of our time, changing the world for the better.

Jon Halls is an illustrator, activist and drawer who graduated from Visual Communication in 2017.