Modern thought may find no better star to steer itself by than that of ‘visual communication’. The term already says so much to me as a writer. But why stop there? Nothing is fixed in a living discipline: other terms such as ‘graphic design’, ‘communication design’, ‘graphic communication design’, ‘conceptual design’, ‘disruptive design’, speculative design’, ‘narrative design’ have all been used to define aspects of this practice. To me this is a sign of intense life. To have no agreement on a name is always encouraging – definitions remain in flux: provisional and up for grabs. We retain for ourselves the chance to establish we want design to be. So why stop anywhere? The ‘shock of the new’ is now technological, not aesthetic, and as such short-lived; we move onto the next platform as quickly as possible – no pause for reflection or to take a longer view. The changes brought about by digital technology are so profound and pervasive that it is no longer useful or appropriate to talk of a ‘digital culture’ but of a digital regime: economic, social, legal, cultural and political. Today if the Labyrinth seems particularly gloomy it is because we are blinded by its brightness. 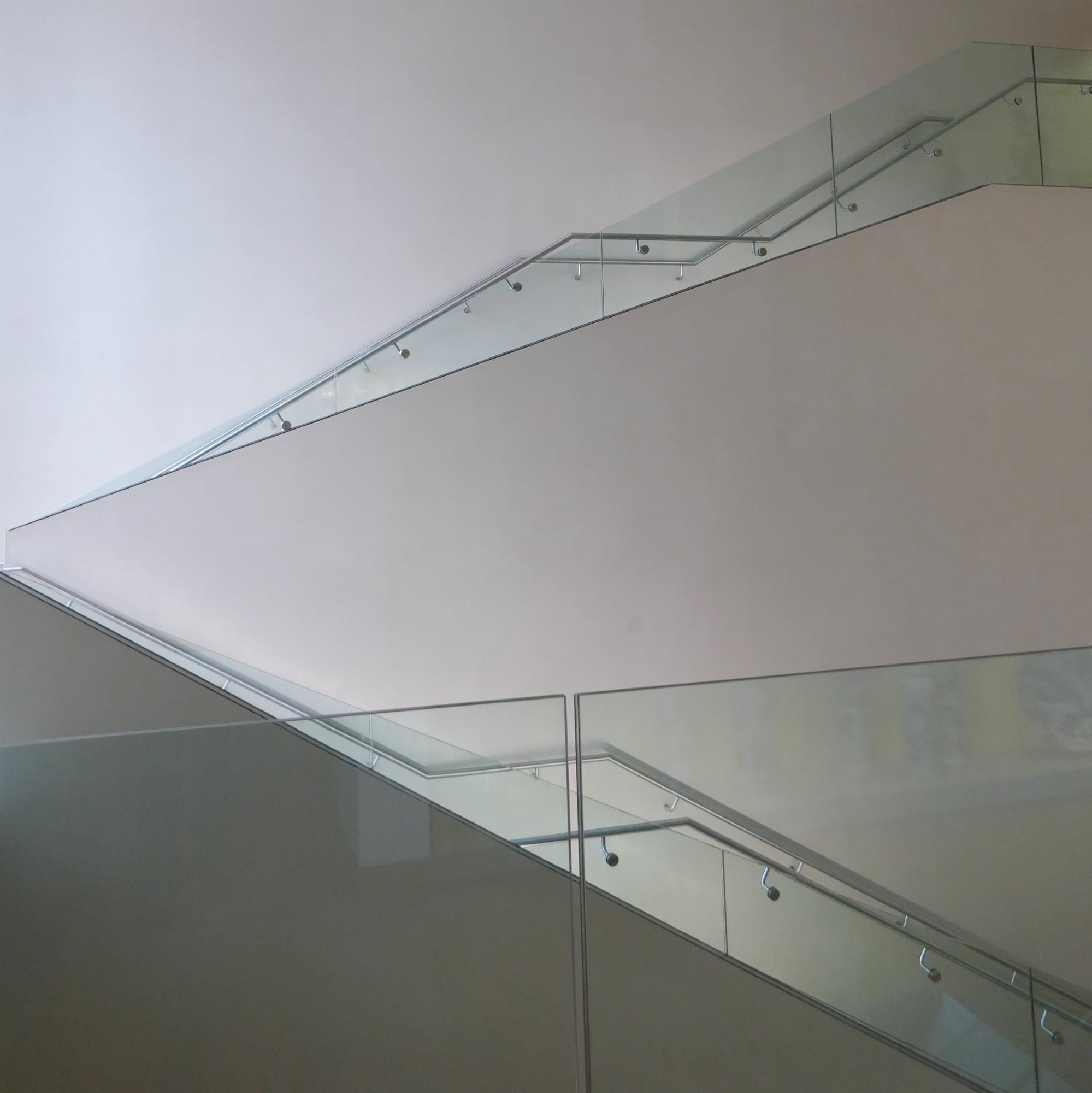 The most difficult Labyrinth to escape is the one you don’t know you are already in. The Bright Labyrinth is the digital regime to the extent that we don’t notice it. Our cities have long since become swirling clouds of unseen data. Reality is now a videogame that runs itself. Not even the Minotaur is safe inside his Labyrinth. In order to respond to moments of technological fracture and turbulence we need to think in terms of complexes – bundles of initiatives, singularities, drives and strategies – and to examine how they are able to form themselves, function together and then disperse again. If anything appears permanent, then our work has not been thorough enough. Advances in the real-time processing of information not only ensure that old hierarchical relationships between text, music and image are being dismantled but that newer hybrid forms are constantly coming into being. Process has become a platform in and of itself – a temporary, unresolved state between the rigid hierarchies of conventional design practice and the random instability of technological interaction. As platforms shift into one another, visual communication concerns itself increasingly with the manipulation of sound and vision, language and movement – with the embodiment of thought. 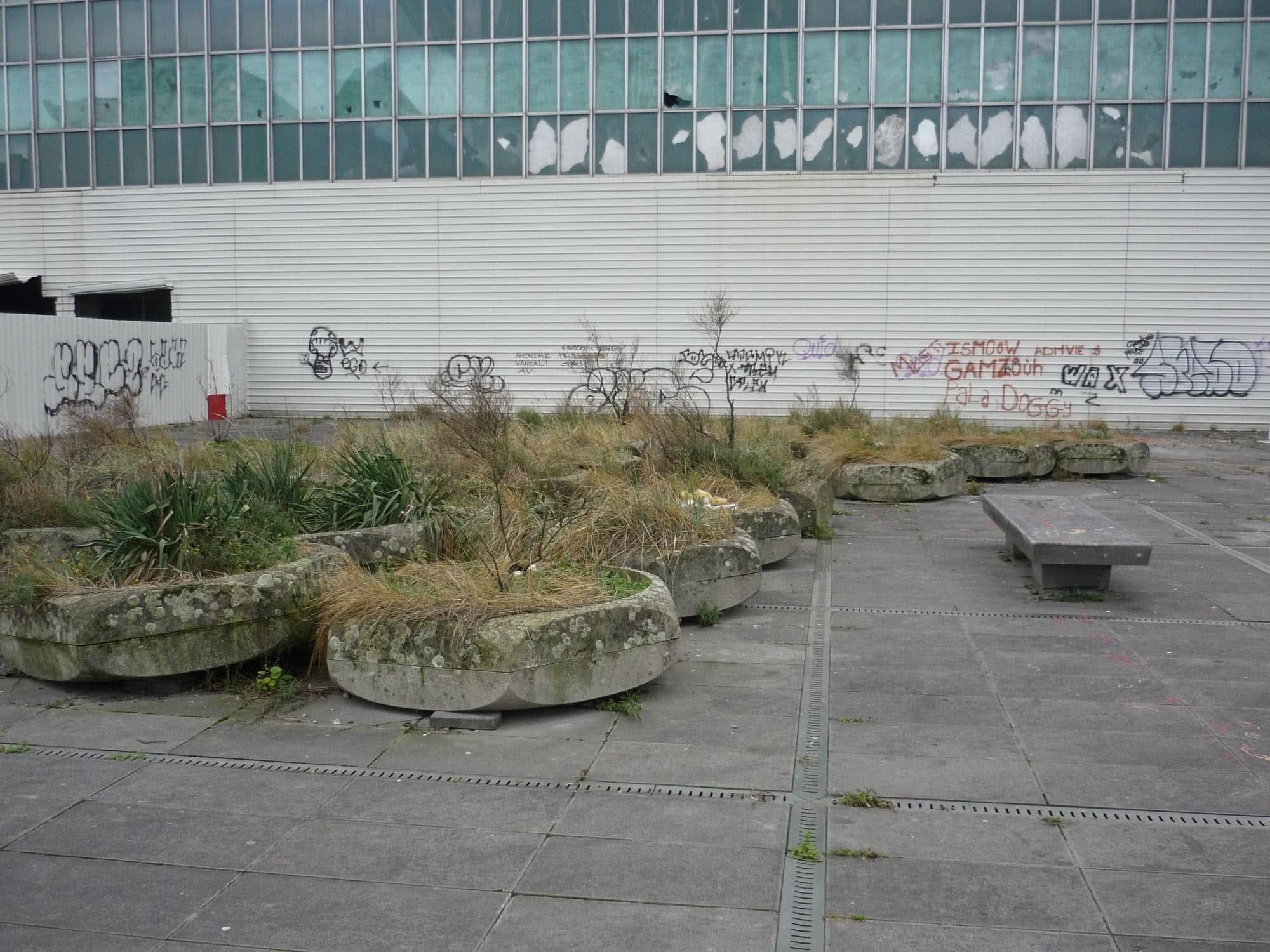 Greater depth requires time, particularly when the conditions for rapid change also tend to give the impression that nothing is actually happening. Process becomes a new form of ritual. The conscious pursuit of process over form becomes a way of resolving long-standing tensions between chaos and order, chance and structure, hierarchies and informal communities of action. The boundaries between creative and critical practices start to disappear. Rather than offering arguments for the interdisciplinary nature of visual communication, I would prefer to offer visual communication as the perfect platform for the pursuit of interdisciplinary thinking. The intellectual tools utilized in design education, for example, can be put to further use. Critical thinking is creative in that it reinvents objects and images; meanwhile creative objects and images are critical in that they open up holes in our understanding. Both challenge what is. Research can have multiple outcomes – and analysis must therefore embrace the actual forming of those outcomes. There is consequently more room for choreography, spatial thinking, music and sound design, media archaeology, the composing of text, social transactions and ultimately more room for the sheer joy of making to be embraced within visual communication than ever before. Thought becomes communication practice. 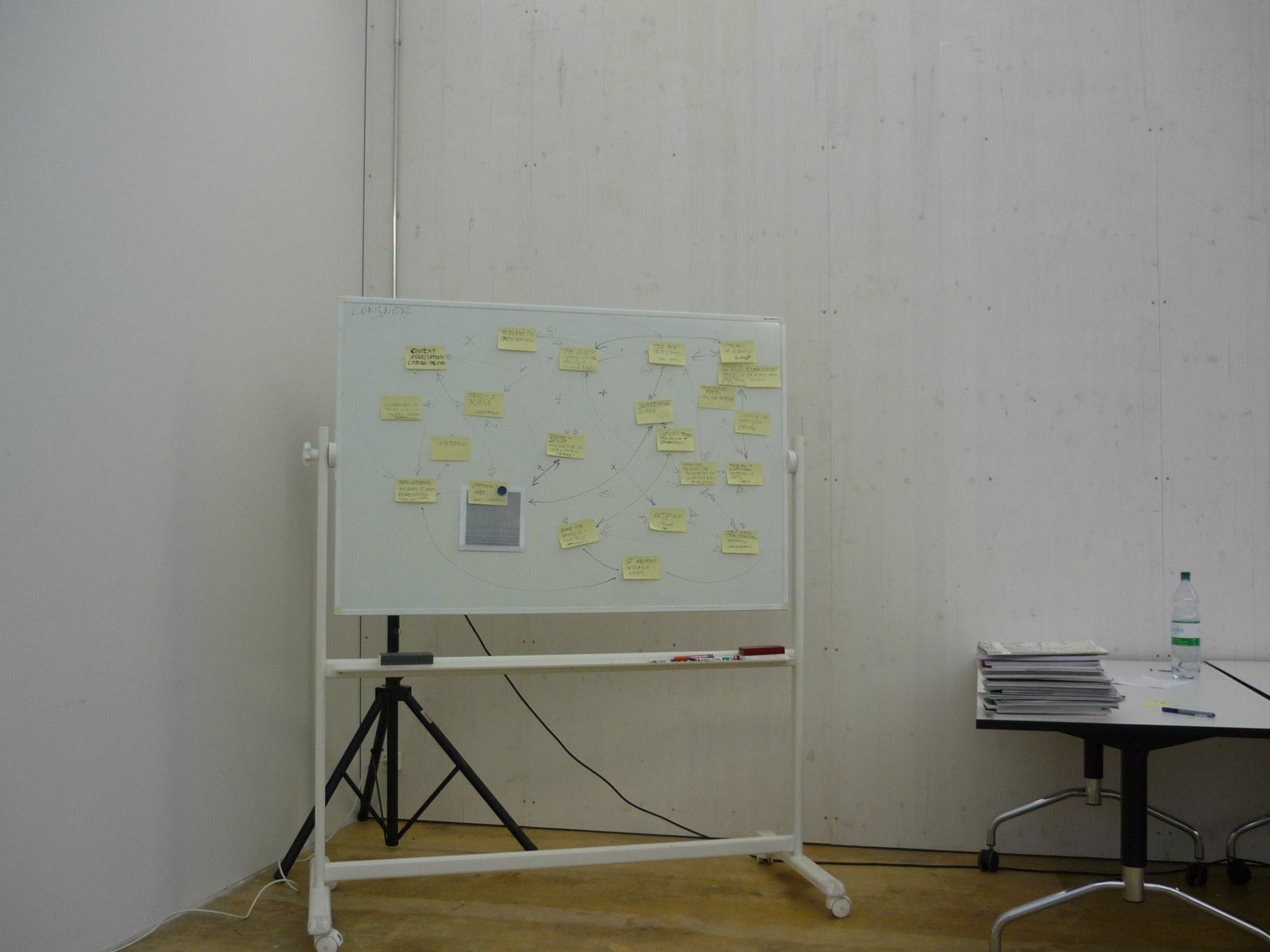 Once, as an experiment, I took the thirty-five propositions framed in Sol Lewitt’s ‘Sentences on Conceptual Art’, a highly influential artist’s statement first published in 1969, and replaced the word ‘artist’ with ‘designer’ throughout. What other changes, I wondered, would need to be made in order for the resulting new text to make complete sense? Not too much, it turned out. Transformed according to this simple principle, Sol Lewitt’s proposition read: ‘Formal design is essentially rational.’ The became: ‘Research should be followed absolutely and logically.’ The read: ‘When words such as “typography” and “illustration” are used, they connote a whole tradition and imply a consequent acceptance of this tradition, thus placing limitations on the designer who would be reluctant to make work that goes beyond the limitations.’ A surprisingly accurate interpretation of the current relationship between visual communication design and modern thought began to present itself. Sol Lewitt’s proposition now read: ‘All ideas are communication design if they are concerned with design and fall within the conventions of design.’ By the same process of analysis, his proposition had to remain exactly the same: ‘Banal ideas cannot be rescued by beautiful execution.’ Some things don’t change. 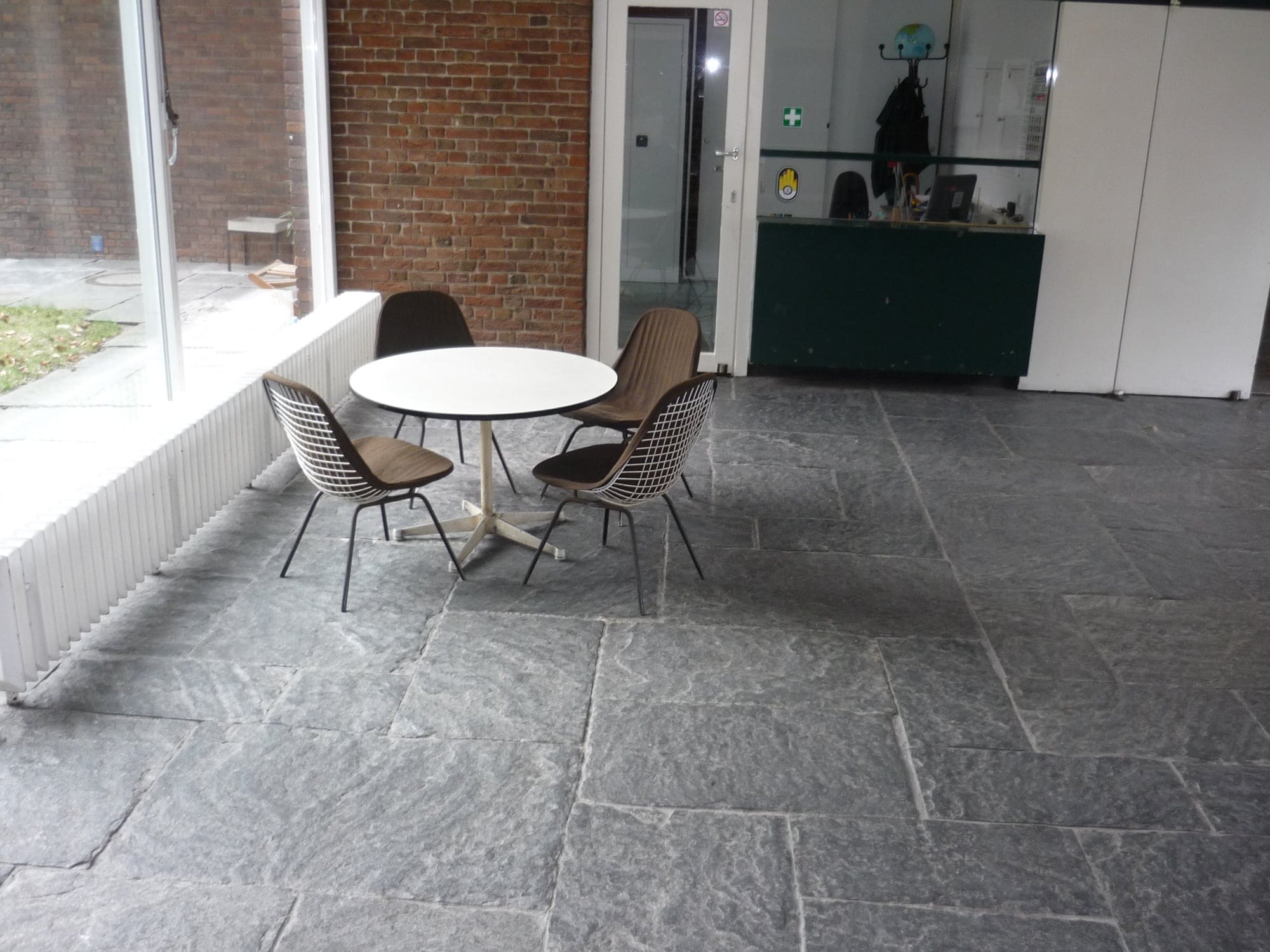 Design is the carrier signal of the 21st century the way music was for the 20th in that it forms the background to the development of thought and knowledge. Like music, we can hide ourselves within visual communication design if we wish – or we can use it to expose lapses and discontinuities in our thinking. How? That is what we are going to find out. Visual communication represents the interaction of hard edges with soft sciences; by this I mean that the rigour and discipline of design practice must be intricately involved with the exploration of its intellectual context: it is the task of today’s communication designers to immerse themselves in sociology, philosophy, psychology, anthropology and linguistics as part of their process. Design, however, is unable to render itself transparent through the translation of modern thought. Is a transcendent truth possible in design? Does it interfere with, criticise or challenge our accepted notions of what communication and discourse might be? If we answer ‘yes’ to either of these two questions, what new kind of understanding do we require? With the power to give shape to what has hitherto only existed in the mind, modern visual communication design modern thought.

Ken Hollings is a Visiting Lecturer on Visual Communication.