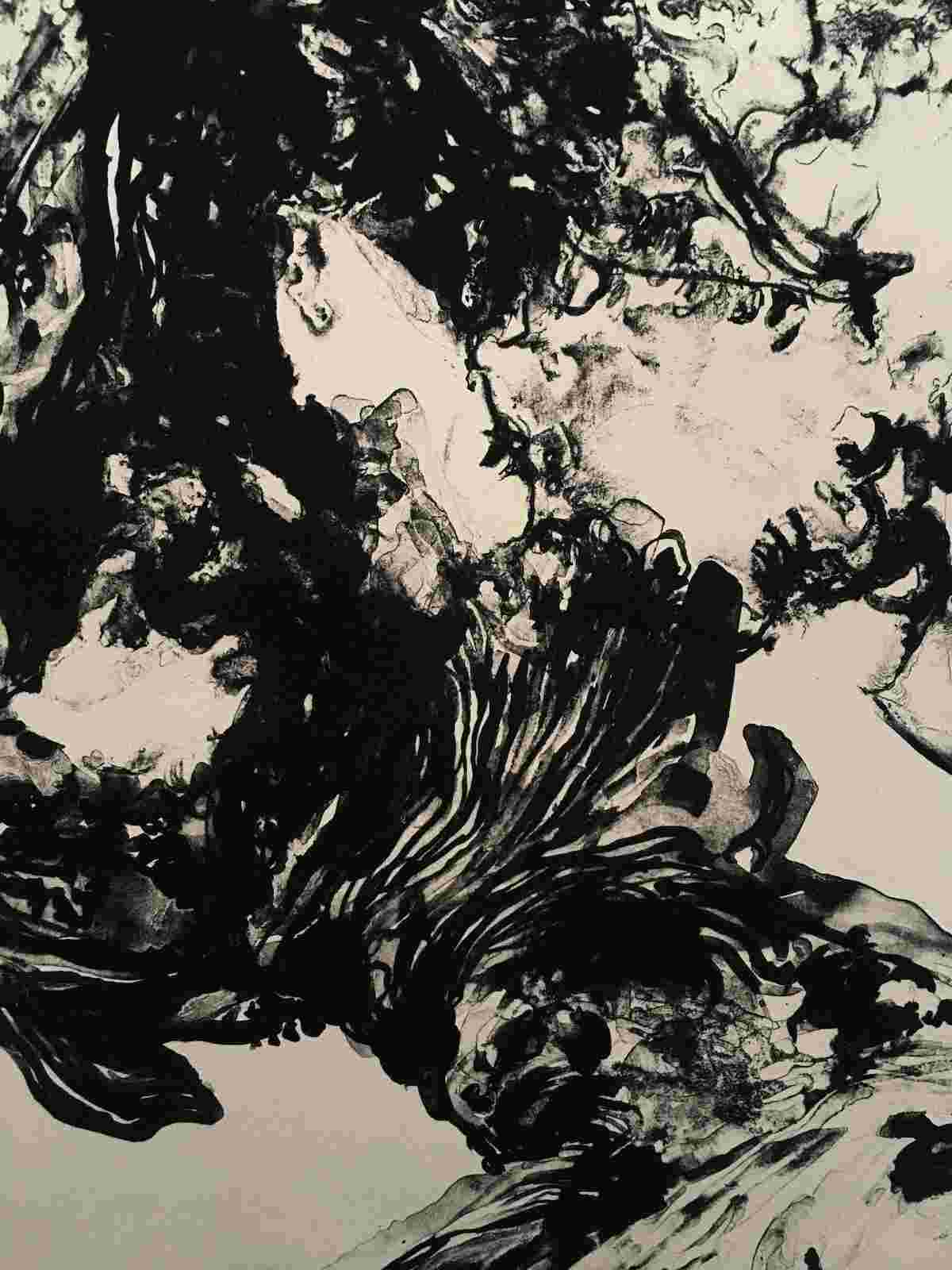 Fact and simultaneously, a statement to digest:
zinc plate has a memory.
The entire ritual of lithography circulates around the idea of its trace.
around the process of its revealing
and creating a narrative around the plate’s memory is the core
for it to be embodied with oil
and to be revealed through water
through a play of their rejection
a battle of immiscibility between the liquids produces the physical record of,
yes, memory again.
Contemplating the memory can be as dry as a mechanical process
in its manufacturing,
but it can be poetry
of liquids.
With the texture of heavy chunky,
sticky, as if chewing gum, ink,
With the spread of sharp intense smell of the white spirit.
All of this overlaps with the oily evaporations of the gum arabic,
that sounds almost as a replica of the old gasoline in the grandfather’s shed.
Forget about speed and fast results.
A battle for the required expectations is useless.
Resign immediately with an idea that intentions will be embodied.
A plate - the lithography plate - has its own rules, life, and statements.
Either learn to collaborate with its character, either quit.
With teeth grinding, there goes attempt number two. Hundred.
Because inking ritual is endless.
It is tied with repetition and difference.
Water – ink.
Derrida’s thoughts inherited in the process
Water – ink.
Circular translation of substances as a language in Flusser’s Gestures
Water – ink.
The fluidity of mind that Virginia Volf would capture in an endless sentence
Before the first trace of a stubborn plate comes to the newsprint paper,
as light as a ghost of an image,
the circle starts again: ink – water, ink – water…
Too much water and the print is ruined with liquid traces as if rain droplets on the glass.
Too little water and instead of a print, there is an abstract blot,
something that Soulages would be happy with.
Guess what goes next?
Ink – water, ink – water… 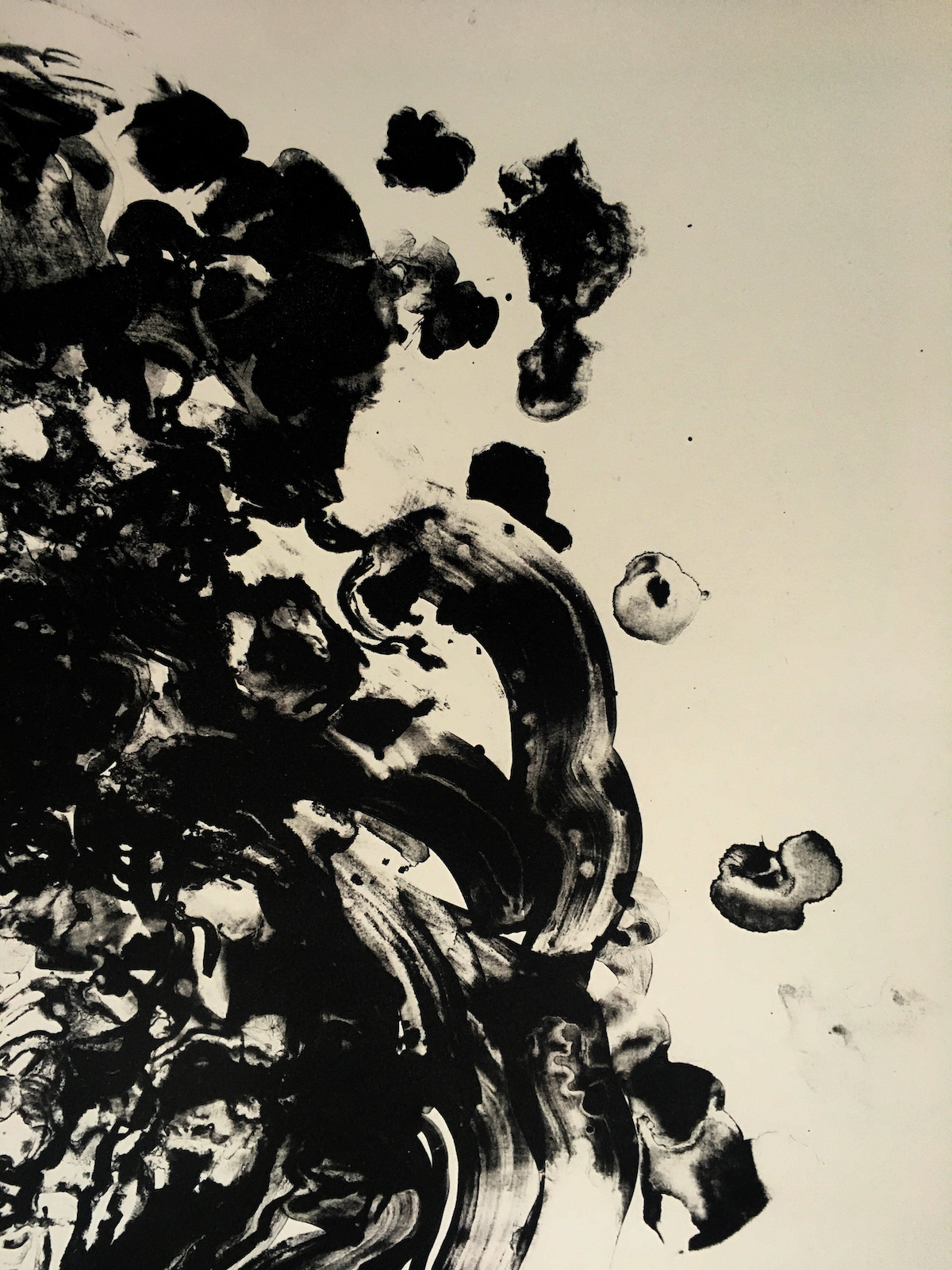 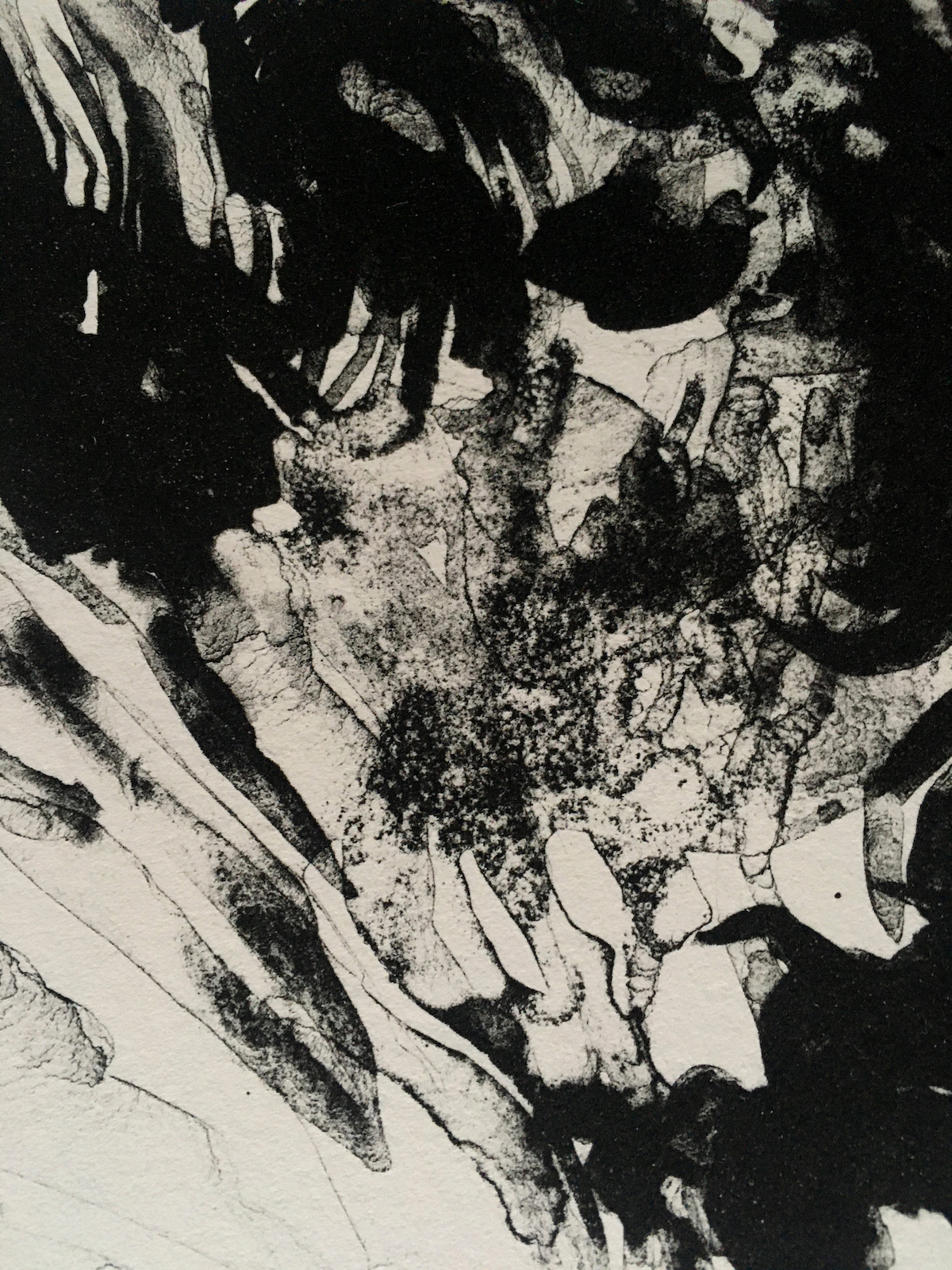 Movement and fluidity are core ideas that shape the focus of my practice. I am fascinated by the relationships between materiality, time, and form that are communicated through the lenses of printmaking. Through these lenses, I aim to explore the intensity and pattern of metamorphosis and how it can be utilised in multiple contexts, while exploring issues of metaphysics.