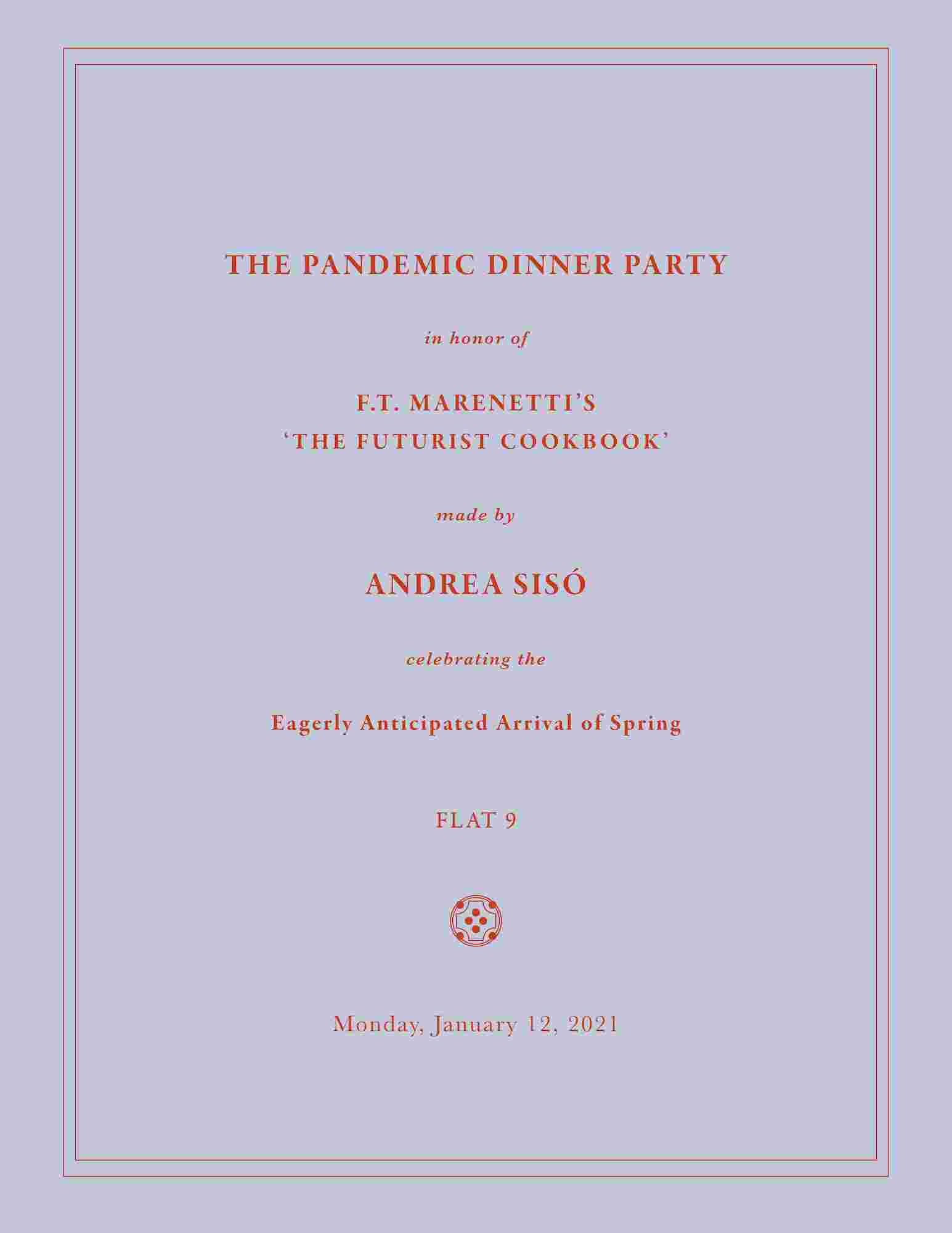 The Milkmaid is a project about the theatricality of the dinner party. 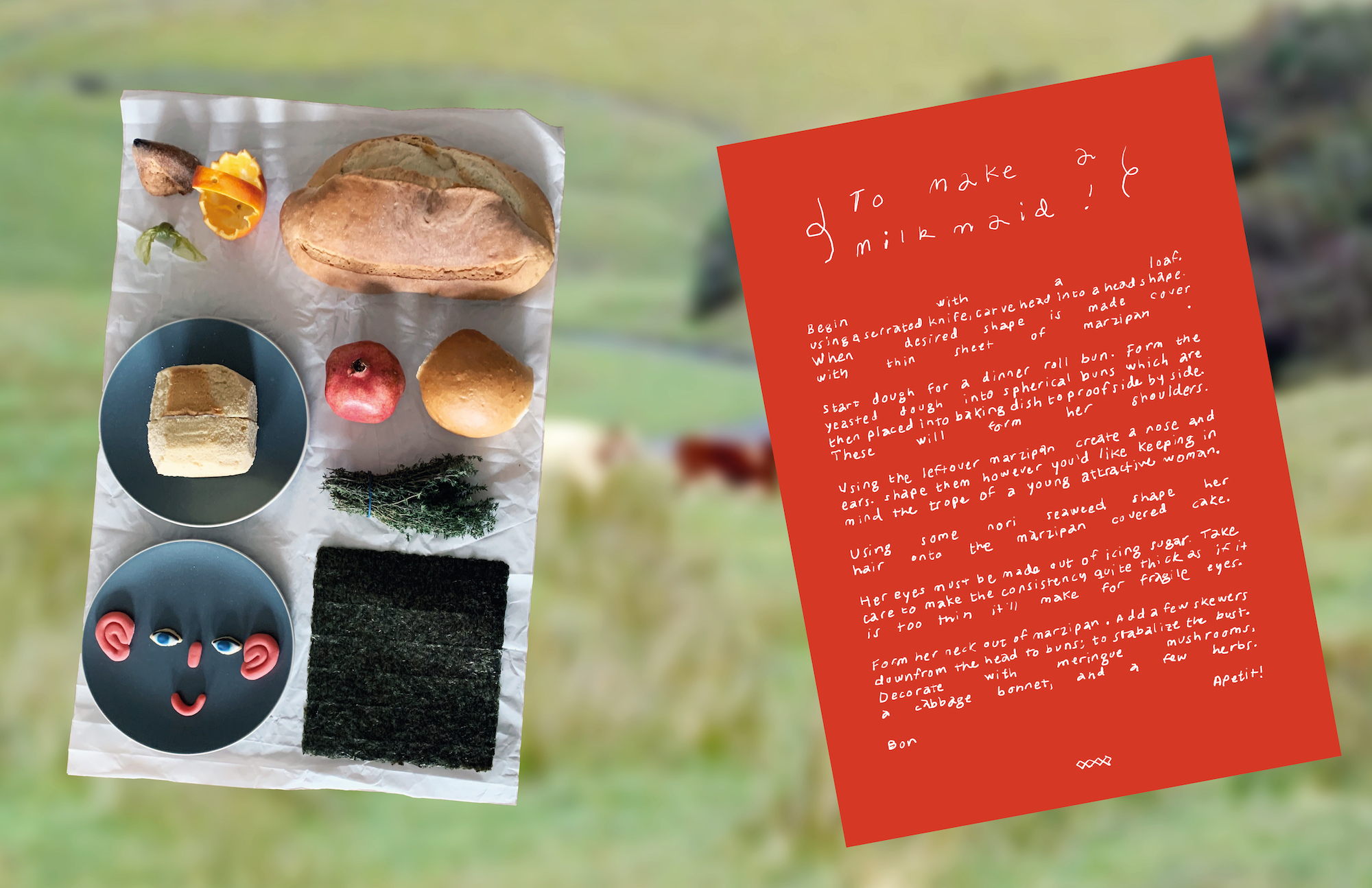 Inspired by the Bachelor’s Dinner from The Futurist Cookbook, the Milkmaid is meant to parody the etiquette of the dinner party guest.  It was created during lockdown when we weren’t allowed to invite people over. If you pretend that your food is your guest does that mean you can’t eat it? What does it mean if you do? During a time when you can’t see people, is it socially acceptable to cook up a friend (have a chat)? The recipe attached to her is a nonsensical poem-recipe, written in an old vague style which was the usual language of cookbooks until the 20th century. 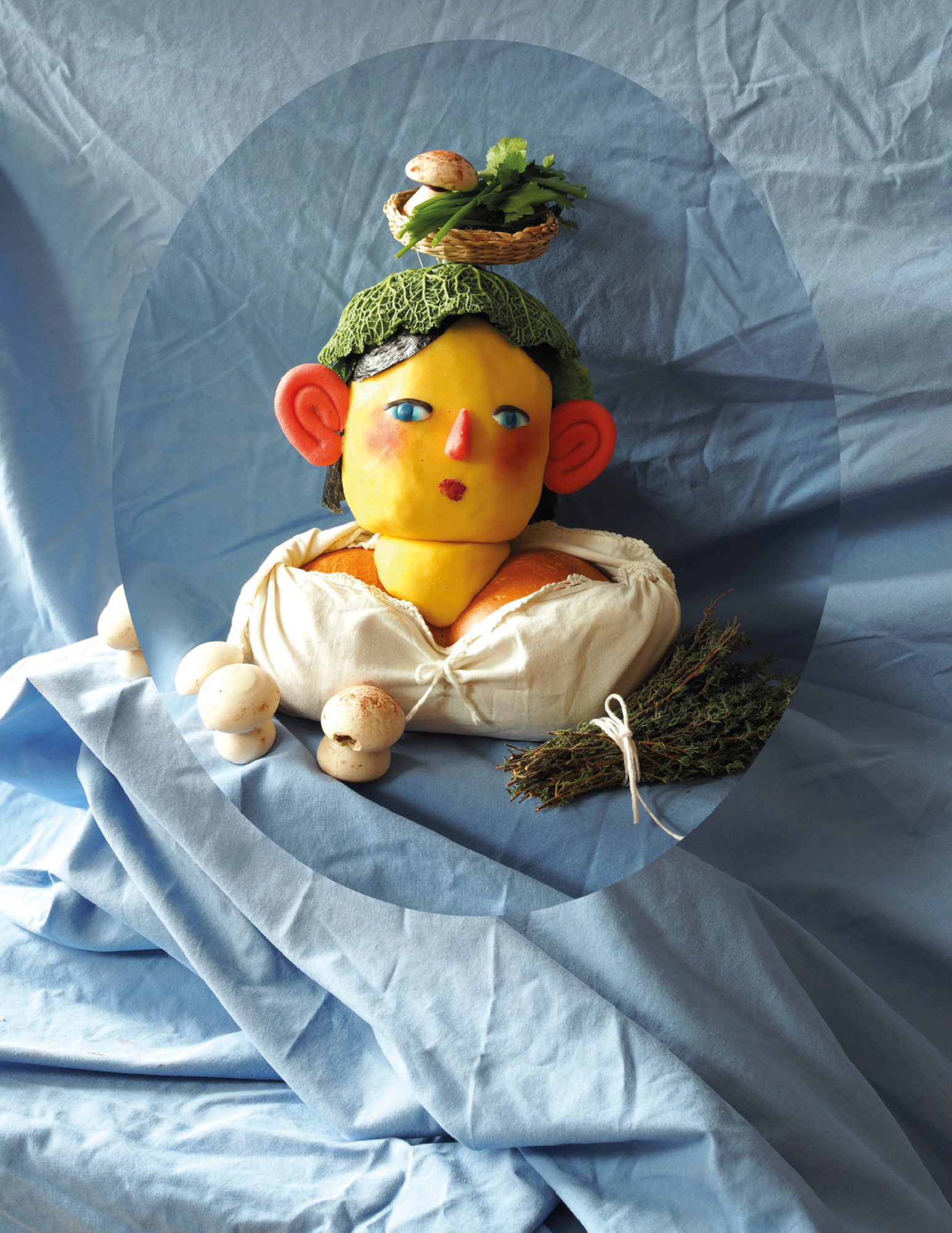 Playing with the idea of performance during a dinner party, the character is based on a theatre trope of the milkmaid or farm girl. The idea for using the tropes was to create a playful visual joke about what roles we play when at a formal dinner. I decided on creating a large bust to tie the piece into the history of extravagant culinary pieces which were meant as centrepieces rather than food. 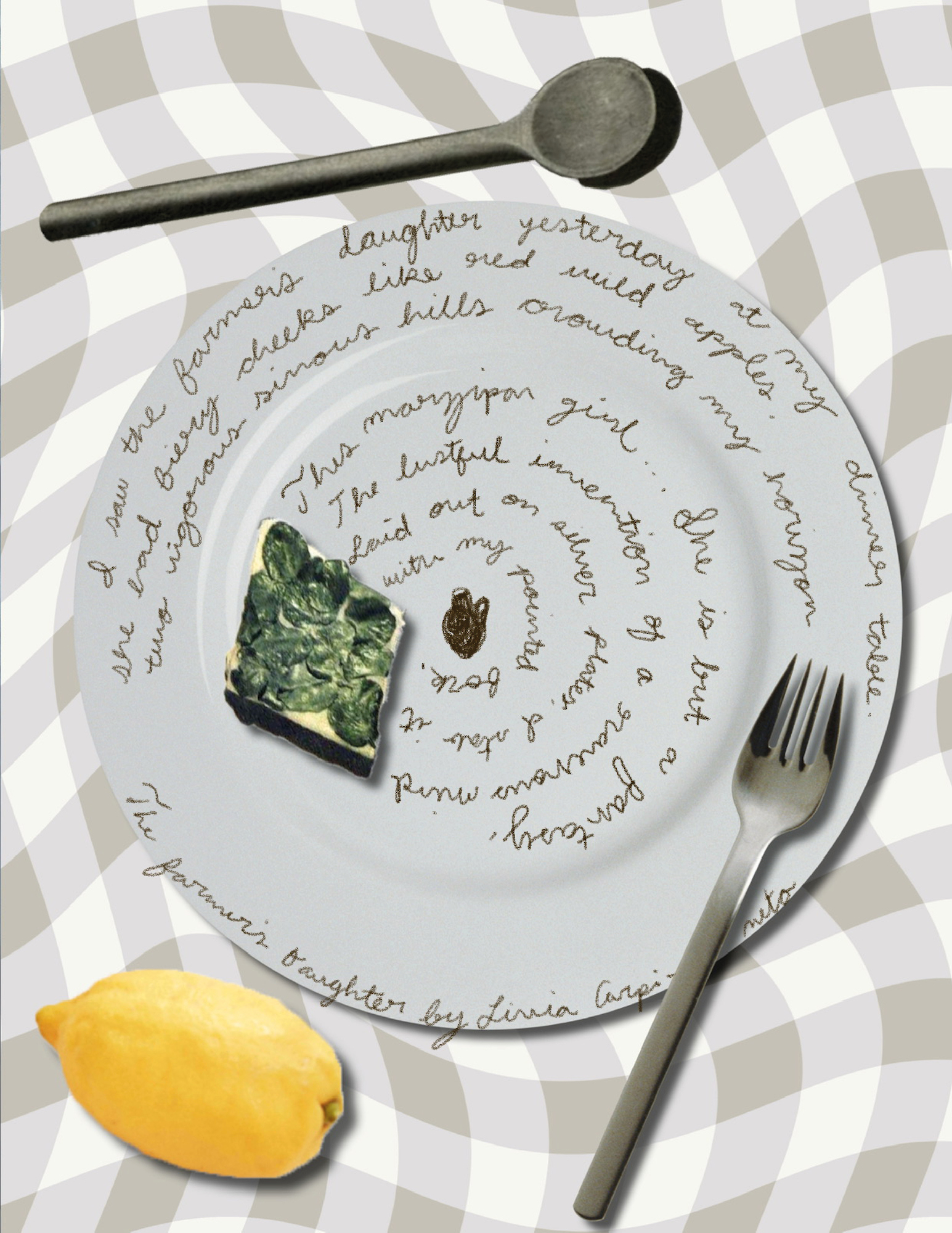 Hello! My practice is primarily based on negotiating and informing on the multifaceted nature of history. I frequently use food and food history as a sensorial metaphor to explore culture and its societal impact.