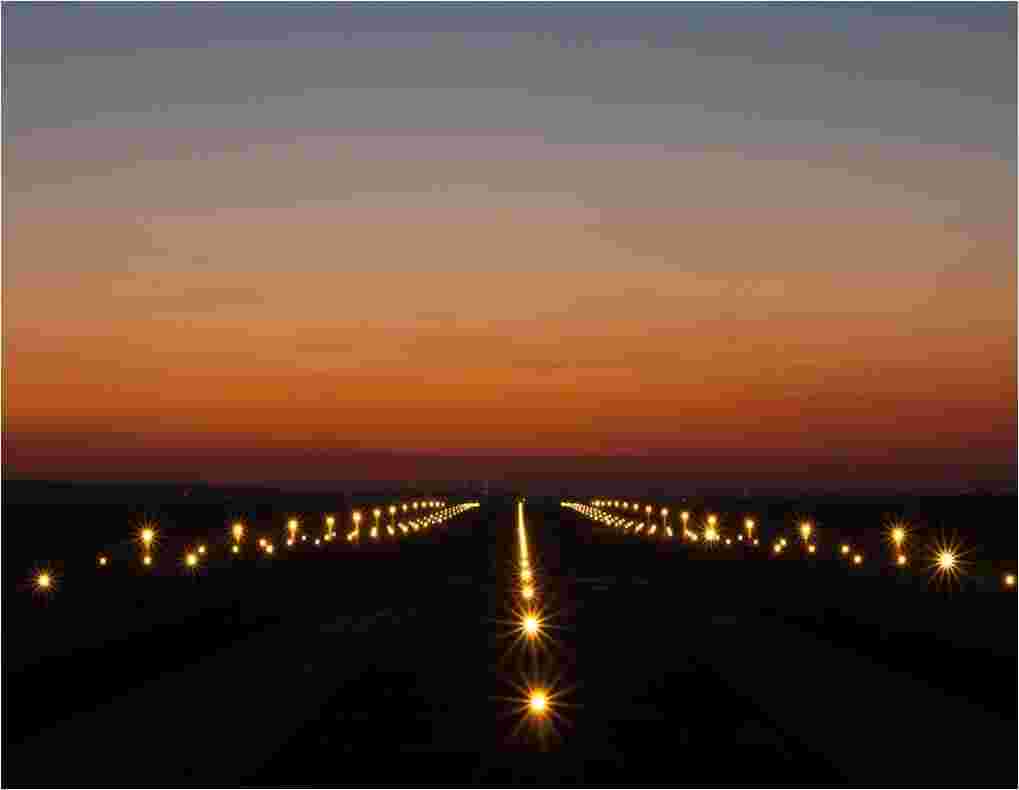 Utopias: David the Religious Uber driver, Otis the Taxi Driver and Tracey the Manager of Poundland in a Large Town.

PART I takes place in a Toyota Prius

. It recounts an interaction that Elle the Graphic Designer had with David the Religious Uber Driver. In this scene, Elle learns that David lives in Heaven, Bromley, South London.

Elle gets into the Toyota Prius with her arms full of things she is bringing to the Royal College of Art. Her computer, her plant and her books 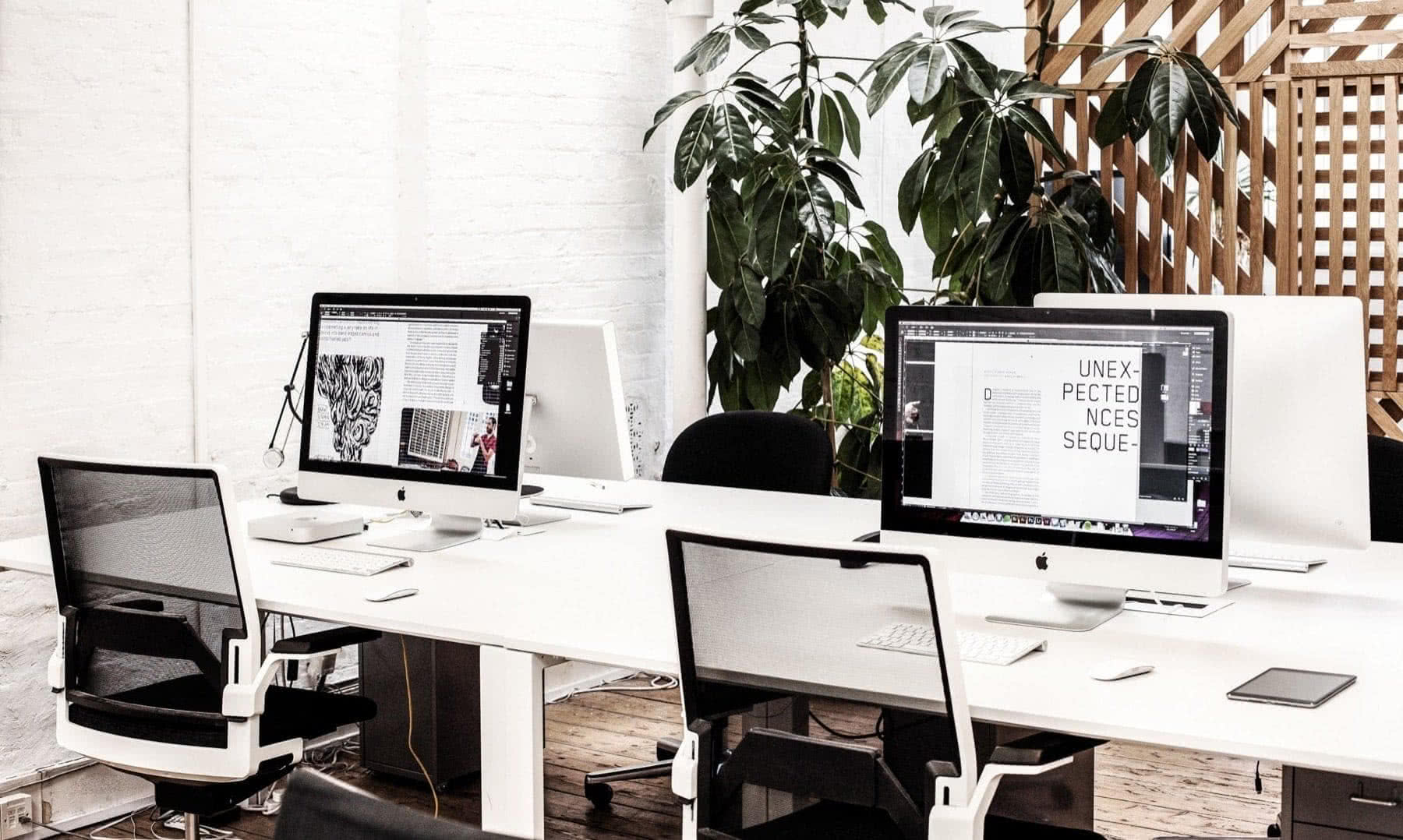 David helps Elle put her things into the back of the car and they start their journey. David makes small talk: “What are you doing, where are we going etc”. Elle and David have a conversation for a while. The car stops at traffic lights. The engine of the Prius rests. David turns to Elle in the back of the car, and asks her, very seriously,

Elle considers what she is being asked. An array of images are conjured up in her head. Red, dark landscapes she saw in books from church, Google Searches of the term ‘Hell’ 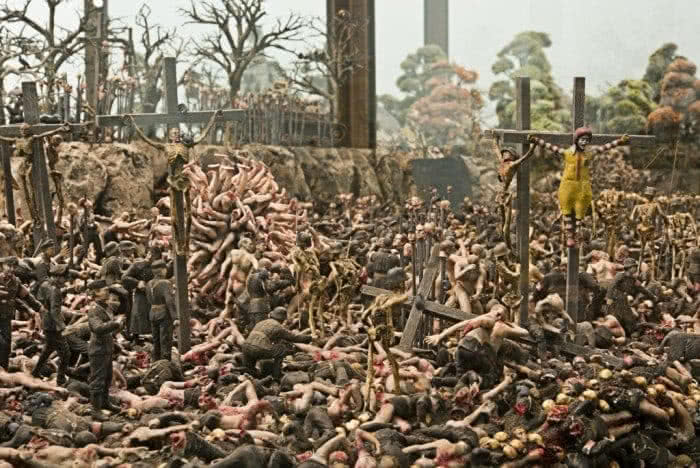 Pause. Elle thinks of the angels in the Disney film Hercules 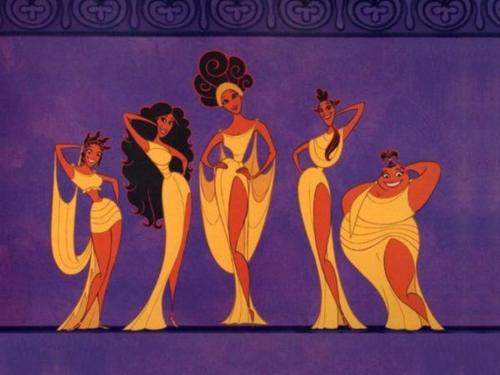 , she thinks about the voices of the sopranos who sang in the choir at her secondary school, she thinks of Little Fluffy Clouds by The Orb. Heaven is cool! Heaven is soft! Heaven is calm! David agrees with her comments, but he is discontent with her description of Heaven. David says that Heaven is green. To him, Heaven is grassy and Heaven has fresh air. Heaven is a place where people are mindful of each other. Heaven is where people live in harmony. Heaven is the opposite of sitting in traffic in Grosvenor Place, London 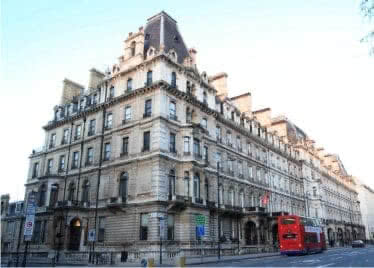 Elle looks out the window at the cars lining up next to her. She listens to the drills breaking up the stone pavement. She looks at the dust drift off the pavement stone into the face of a passing pedestrian. She looks at a man who accidently steps in a pile of sand left by the builders. She looks at how his polished shoes aren’t polished anymore. David asks Elle whether she would like to be in Heaven. Elle realises she is being evangelised.

The conversation progresses into their personal lives. They both air their frustrations about London, especially when you’re sat in a traffic jam on a hot day. David tells Elle that he lives in Bromley. Elle asks David what Bromley is like. He tells her: “…It’s calm, it has fresh air and it is green.” He tells her how how he feels the stress of London leave him as he drives back home to Bromley every day. Elle wonders whether Bromley might be Heaven. Not up in the sky, but just off the M25, with the A2 running through it. Heaven with a capital H 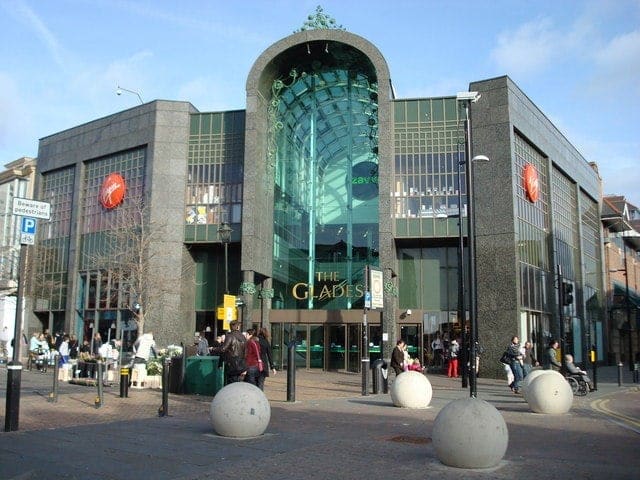 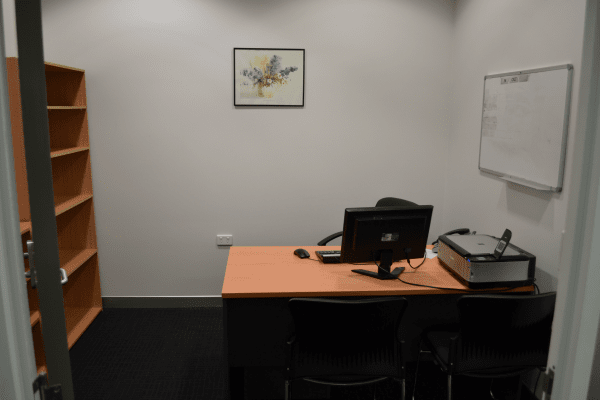 (somewhere in the countryside). Here takes place an interview between an interviewer (who will remain nameless) and Otis Butler, a Taxi Driver from Somewhere in East London.

Otis lives with his wife Tracey, Somewhere in East London. After all these years they still have a laugh.

Otis gets up very early to catch the morning punters. The people trying to get to work. It’s raining, which is a good thing in his line of business. He gets up, gets out there and bang, bang, bang, bang. He catches the punters flailing their hands around. The pay isn’t great but he does well in tips. Otis is a larger man, so in the mid-morning he likes to go for a bit of a fill up 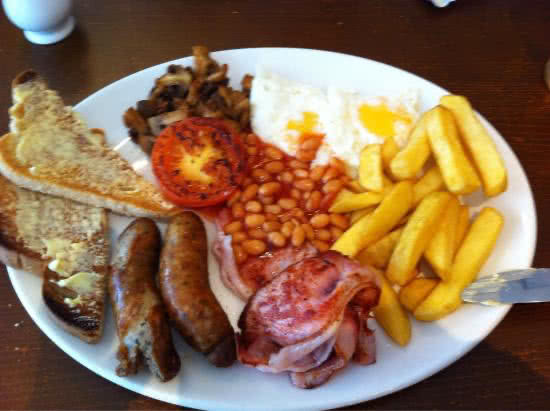 . No where nice, but somewhere with all the favourites.

Otis gets up early. This means he can get home early from work. When Otis gets home, he likes to browse the web. He has a computer which he’s set up in the living room. This works well because sometimes, when he has friends over, they watch videos on facebook and his friends can sit on the sofa. This way they can all see the screen. Sometimes, they spend hours watching these videos. They’ll finish watching one and the next one plays right after, so really, they don’t have to do much apart from go into the kitchen for a drink. He calls Tracey to ask if she wants dinner, and if she does, it will be ready for her when she gets home.

Otis has a garden which he absolutely adores. He tends to it every weekend and hosts a variety of different flowers and plants. Everything in his garden has its place. Even Tracey isn’t allowed to tend to the plants, but she is allowed to look at them. Otis invites his friends over and they sit in the garden. Otis will tell them what he is growing and how long it took to grow.

One day, Otis receives a letter through his letterbox about a New Town called Citizen. He knows that it is somewhere in Britain, but he doesn’t know exactly where. The idea excites him. Apart from that Otis doesn’t know too much about Citizen, but he is excited about the idea of taking some form of control over his life. Otis decides he wants to apply to live there with Tracey. Otis gets up early and goes for his interview (Somewhere in the Countryside).

OTIS “…I mean, I don’t even know what this is! I’m in the middle of the countryside, so from where I’m sitting, I’m thinking, so far so good!”

UNIDENTIFIED INTERVIEWER “You’ve said that ‘you don’t know what this is’. What would you like Citizen to be Otis?”

OTIS “Well, it’s a tricky one, you see. I’d like to have people round to watch videos in the living room, you know, a couple of drinks, that sorta thing. So a living room, with sofas, possibly modern sofas

I’d like a little garden. I spend a lot of time in the garden, because, well, I don’t know why. I suppose it’s because I can watch something grow, take care of it, all that stuff. I suppose it’s a very British thing to do isn’t it. I have my garden, and I have a fence around it, you know, and it’s mine. Every King has his castle doesn’t he? Sometimes people look over their fence into my garden, but we all respect the boundaries don’t we? I mean, no one would try jump the fence would they - unless they were a nutter, HA. Anyway, what about Citizen? Well, my garden there would be - well maybe I would open to sharing a garden there. Maybe, and I haven’t ever seen this work, but maybe we could tend to it together. You know, cut the grass, make sure everything is in it’s right place.

I wouldn’t mind a community garden. Although I’d like to share a garden with people who will work on it too you know? And if people actually contributed to it, instead of taking up flower beds that aren’t theirs and not doing anything with it. In fact, not everyone has the right to a flower bed. You have to know that those people won’t ruin the order of it you know? I think that’s it isn’t it, my garden, with my flowers. Grass that grows. Some people don’t have gardens with grass that grows in it, so why should they come in my garden to ruin all of the flowers that I, personally, have invested time into. If people are willing to work on the garden, then yeah, be my guest, but to be honest, I think a lot of people just want to spend time in my garden without understanding how hard it was to build up? And yeah, maybe my garden is better than other peoples, but I’ve worked hard for it. 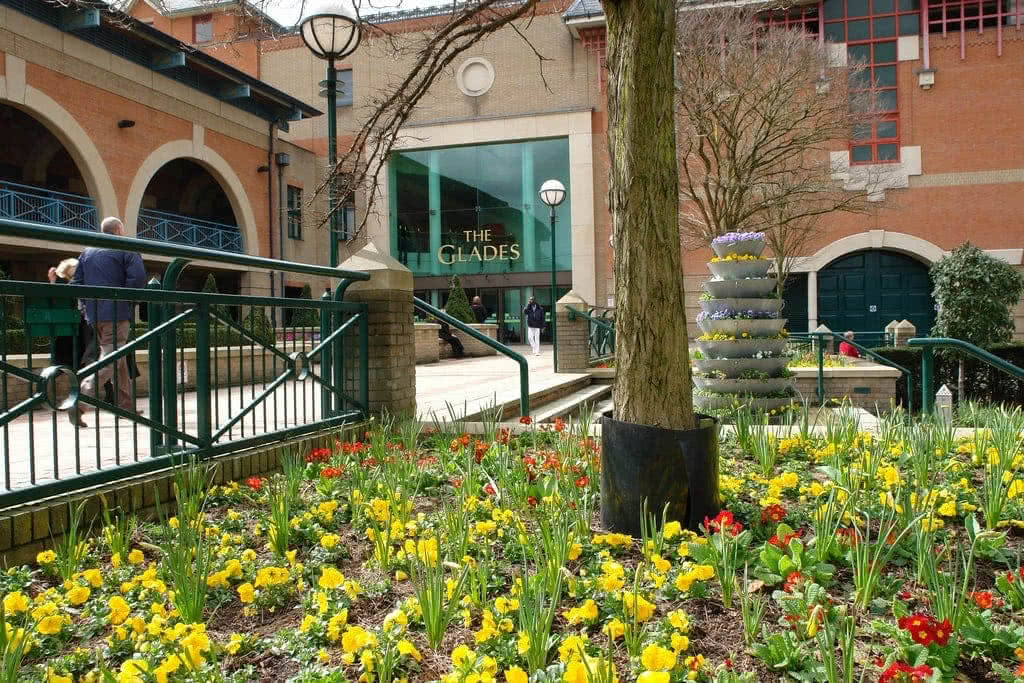 on one of the junctions that seems to flower come rain or shine. At least people there seem to know how to take care of flowers. Sometimes I drive past it on my way in. Yeah Bromely…Just buy up the whole place! Border guards, the lot. Ha! Wanna come in here? Gotta be part of Citizen mate.”

PART II takes place on a long stretch of road that connects the Large Town and the Small Town. In this scene, Tracey realises that her future might lie in the Other Town where that bus is headed.

Characters: Tracey the Manager of Poundland in a Large Town
Location: The road that joins the Large Town to the Small Town, Somewhere in Britain.

Enter Tracey. Tracey the manager of Poundland Somewhere in Britain.

She walks along the long road in a large stretch of open land. She had to move to the bigger branch of Poundland in the Large Town because the one in her Local High Street has closed down. When Tracey really thinks about it, she finds it annoying to have to walk so far to a job that doesn’t really afford her a nice life. Her and her husband were thinking about retiring, at some point, but he’s a bit more idealistic than her. They can’t really afford that any time soon on the wages they’re on.

Today is hot, and the road in front of her seems endless. The air is hardly moving. She is tired. She is tired of her job. She is tired of being told how terrible the world is. She’s tired of wearing skirts every day to work. She’s tired of doing the same thing everyday. She’s tired of feeling like she’s got no control, of what she wears, of where she works, of who she spends her time with. She is wearing a polyester skirt that prevents her from making large strides with her legs. She shuffles along the road. She feels like she’s in one of those scenes from a film where someone is walking through the desert with a t-shirt on their head. Where the refraction of the light means that you can’t make out her figure. Like she could disappear at any time. She looks around at the grass that surrounds her and imagines that it’s sand. It is dry. There is no life here.

She hears a vehicle approaching her from behind. It’s travelling fast so she moves to the left to let it pass. It’s a bus. It’s a big red bus. The bus brings with it a large gust of cooling wind. The sand she saw around her turns back into green, fresh grass. She feels cooler. As the bus drives past her, she is faced with huge typography towering over her:

The bus drives away into the future 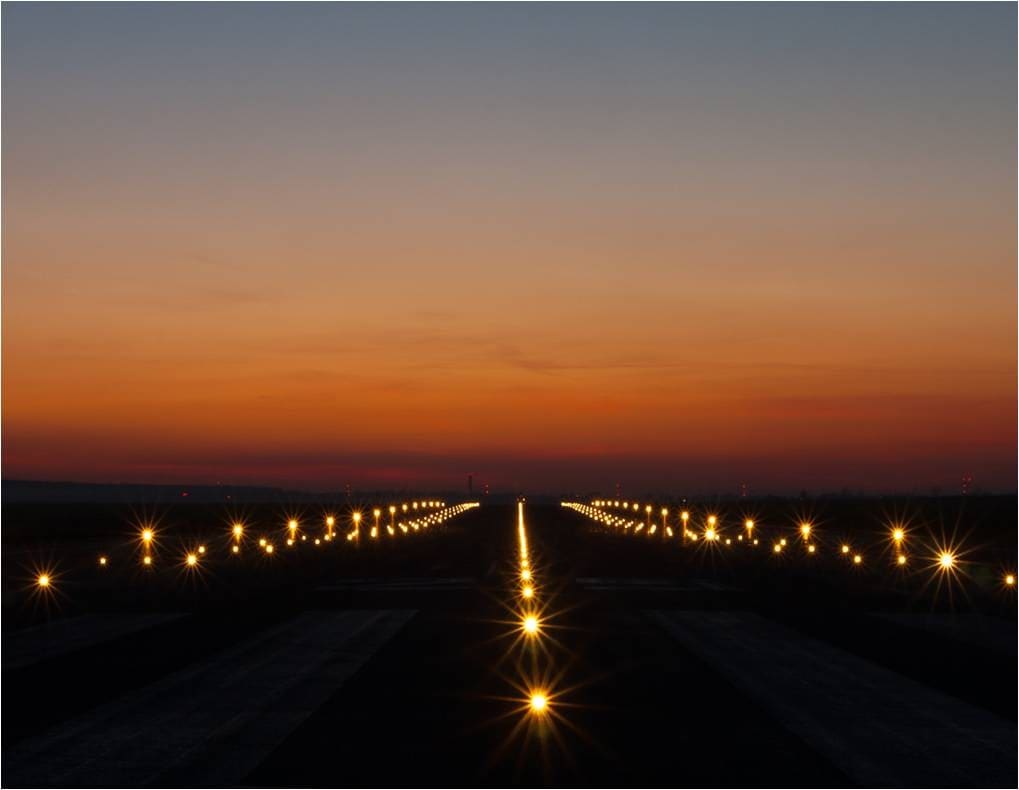 She thinks about this word. Where is the bus going? She supposes it is going to the Large Town, the place where things happen. Somewhere over there, she thinks. She imagines the bus. The bus has air con inside and the people inside are going somewhere. Tracey is going somewhere, but she is only travelling between the two Small Towns. What about the Large Town? What happens over there?

Control. When did she ever feel like she had control over her life? Who makes these decisions? She doesn’t remember feeling like she’s in control at all. And yet there is this bus, this opportunity to take back control. A bus taking people to the Large Town, a bus that knows where it’s going. Powerful and large. And in control.