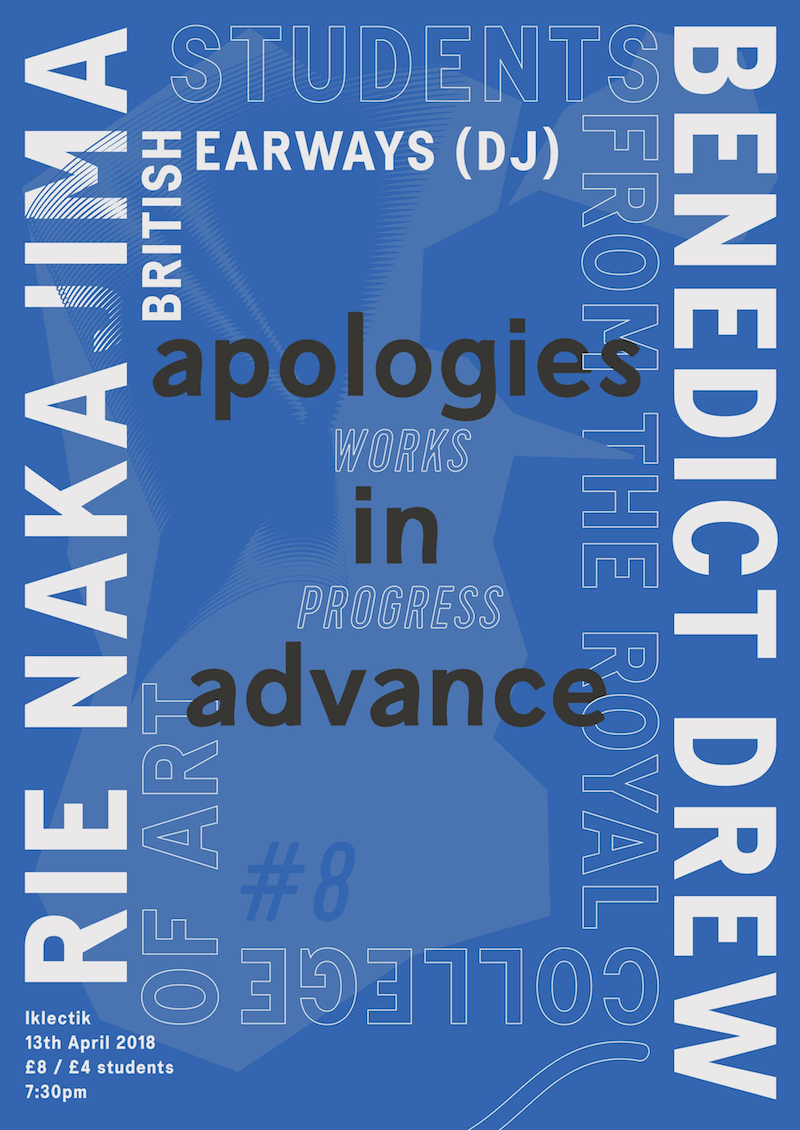 Apologies in advance returns with an exciting line-up of Benedict Drew, Rie Nakajima and students from the Royal College of Art Experimental Communication pathway. Full line-up to be announced shortly.

British Earways (David Blamey) will be choosing music in between sets.

RIE NAKAJIMA
Rie Nakajima is a Japanese artist based in the UK. She has exhibited and performed all over the world charming audiences with her inventive works of mechanical bricolage. In 2014 she received the Arts Foundation prize for Experimental Music. She co-curates the event series ‘Sculpture’ with David Toop and has collaborated with Miki Yui, David Cunningham, Phill Niblock, Pierre Berthet and many others.