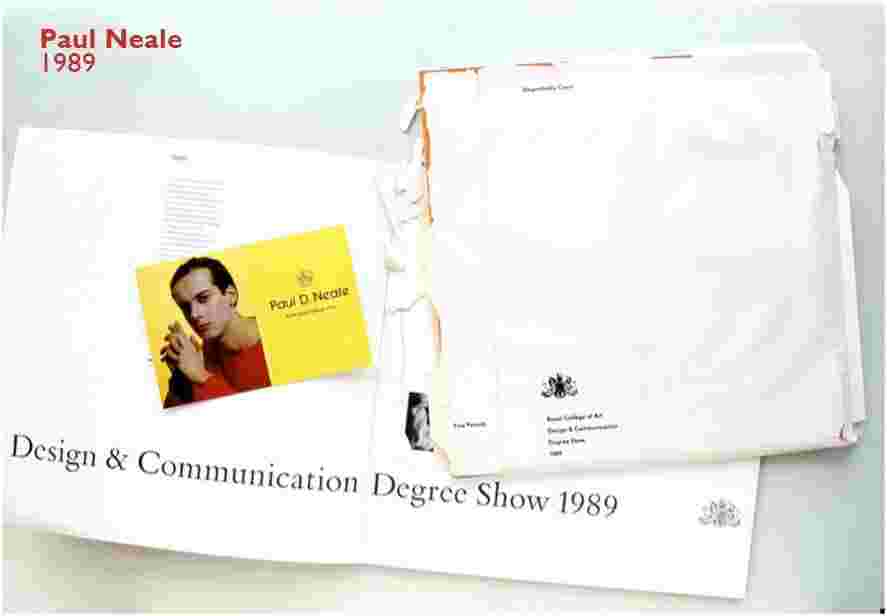 Each year, during the Summer Term, the College shortlists five or six first year students in Visual Communication who are invited to present their work to a panel of judges. The start-up fund for the Awards was raised by the History of Advertising Trust in 1987 and is administered by the College as a Charitable Trust. The first winner, Paul Neale, is pictured above, and we’ll be profiling recent recipients of the Varley Award on Content Free over the coming months, starting with Woongroo Youn who received the award in 2017.

The association between the Royal College of Art and Colonel Varley goes back at least to the re-organisation of the College in 1948 by Robin Darwin and the formation of the new School of Graphic Design under the leadership of Professor Richard Guyatt.

Colonel Varley was a senior partner and founder of Coleman, Prentice and Varley (CPV) a preeminent post-war advertising agency. Varley, as he preferred to be called, became a member of the College Council, and through him his agency began a long association with the School of Graphic Design and the College as a whole.

CPV took advertisements in ARK magazine from the first issue in 1950 until 1969, supporting the School whilst also attracting the best talent to employ. At the time advertising agencies were the main employers of creative talent. Graphic Design as a practice was in its infancy, only a few independent practitioners or groups of designers existed.

As the advertisements in ARK, often designed by RCA students indicate, competition between agencies for talent was fierce and they saw the College as a good source of art directors and visual thinkers.

Since 1988, when the Award was established. It has helped students financially and to kick-start their careers for which they and the College is very grateful.

Find out more about the award and previous winners here.

Richard is a Senior Tutor on Visual Communication.