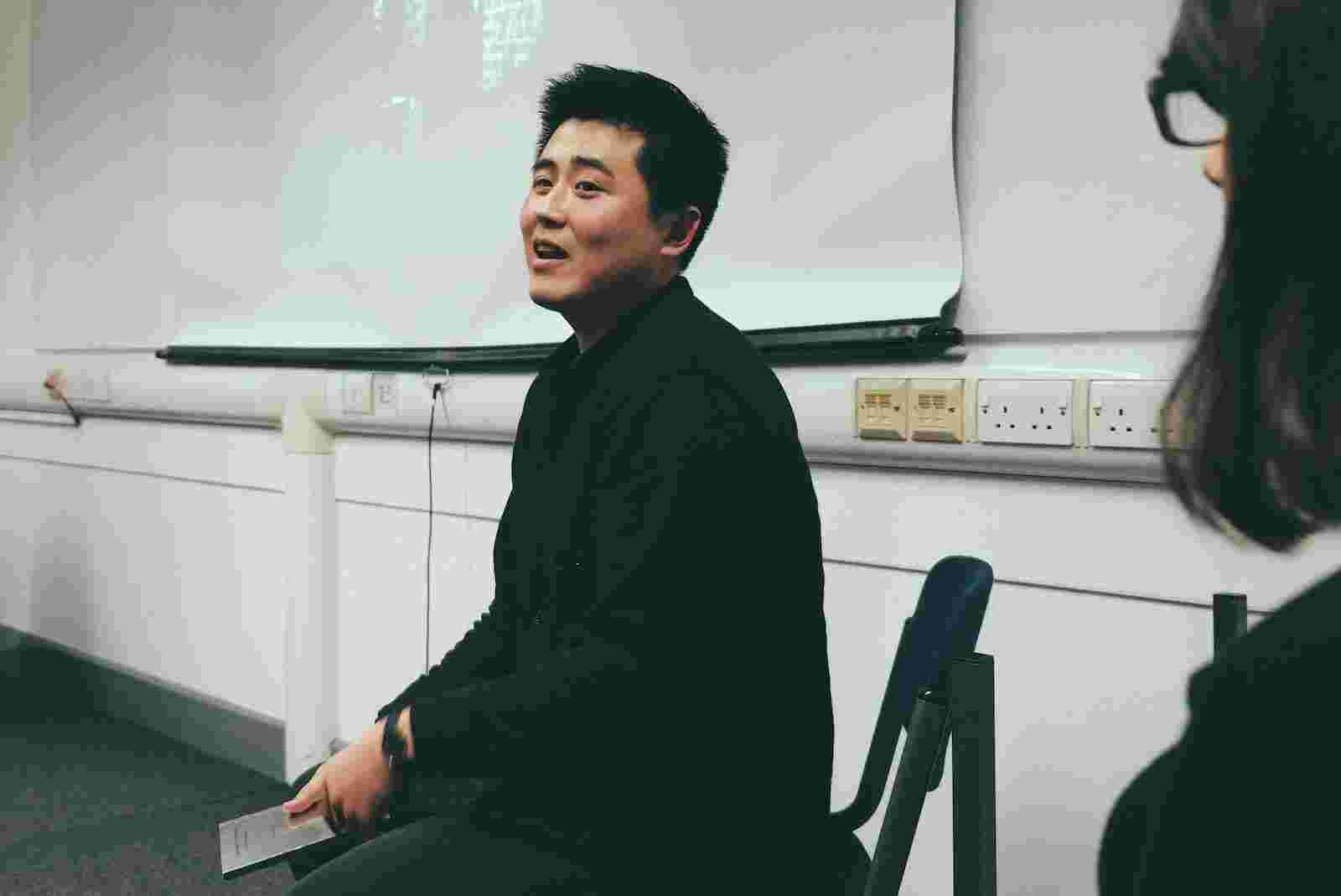 You Come In, I Come Out

Jeram Yunghun Kang is a London based designer and author of ‘You Come In, I Come Out’ which is based on his experiences in the South Korean army. At his workshop talk at SOAS, University of London on 3rd December, he discussed his traumatic experience of coming out as gay and having to face institutional homophobia in a military that still criminalises homosexuality.

Raised by a single mother, Jeram grew up in a society torn by violence and civil unrest. Geopolitical posturing and interventions from the USA and Russia had been creating tension, and resulted in a division of the Korean peninsula. In 2008, Jeram became one of the thousands of young men conscripted to the South Korean army. As a gay man, this was a chilling prospect.

Homosexuality is not recognised by the South Korean military, and is institutionally handled as a criminal choice or mental defect. Jeram was outed as a gay man and was subjected to physical, sexual and emotional abuse from fellow conscripts as well as senior officers. He was later sent to a mental hospital where he was held without his consent for 116 days.

During his time in the mental hospital, Jeram felt hopeless, powerless and voiceless. The might of the military had conscripted him, then imprisoned him, but he did not lose his resolve. For over a hundred days, he put himself into a form of solitary confinement and refused to speak with anyone at the hospital. He was eventually “rescued” by his grandmother but returned home with an inhibited voice and a trauma that he still suffers with. On his return, there was little mental health support to help come to terms with his traumatic experience and he kept silent about his experience.

In 2017, homosexuality in the military was being actively rooted out and dozens of arrests were made in a “gay witch hunt” carried out using dating apps. He felt strong responsibility and guilt as a survivor and realised that if no one speaks, nothing changes. Jeram began communicating through visual arts, using it to share his story as a “personal testimony [that] can contribute to social change.”

He has discovered that his small voice can have a big impact, and his installation, ‘You Come In, I Come Out’ is a letter, painted in bold black ink onto one-way mirrored glass. As the audience interact with the installation, the mirrored walls close in, the black ink overwhelms and one can only snatch glimpses of their own reflection. The people outside cannot see what is inside – it is only revealed to those who come in. Relational space is used in the walled installation to recreate the feelings of panic and isolation Jeram felt as a gay man in the military.

In South Korea Jeram headlined a festival that was championing LGBT+ issues, but was uncomfortable with the attention he received. His activism for change has been understated but nonetheless remarkable. The work done in raising awareness for LGBT+ issues in the military has been recognised by Amnesty International, featured in a UN human rights report and on CNN Sisa-in – one of the most reliable Korean news magazines. This article written about Jeram’s story was the very first time in print media that these issues were discussed, and a piece by a freelance journalist in the UK is currently in progress. Read more in The New York Times, and this report from Amnesty International.

Raising awareness is something Jeram continues to be passionate about. He in encouraged by messages of thanks and gratitude from supporters that appreciate his campaigning efforts, but he recognises that there is a long road ahead. The institutional homophobia in the military is a boil that must be lanced to protect others from having to endure what he did. Pursuing anti-discrimination laws, Jeram hopes to see change within his lifetime.

Bakhtawer is a first year Visual Communication Graphic Design student at the Royal College of Art.