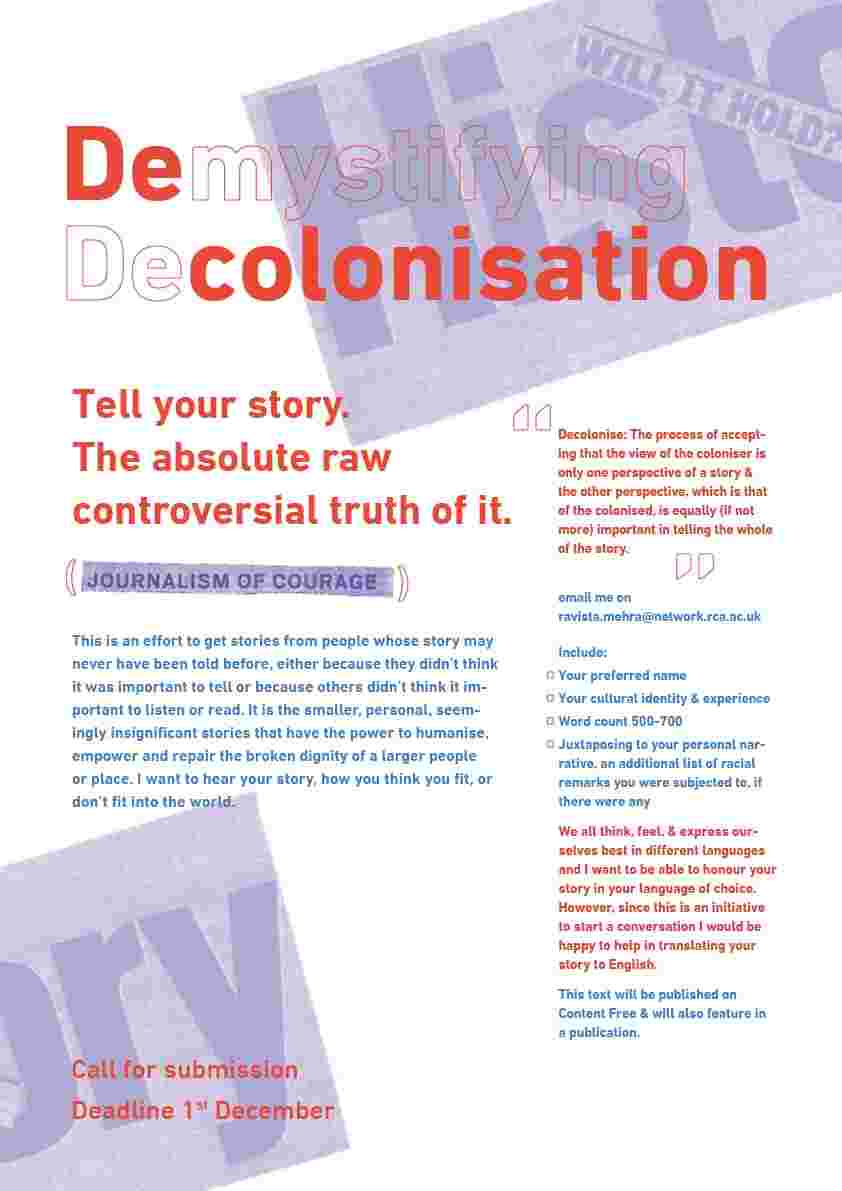 My name is Linyou and I was born in China but lived in Germany since I was 14 years old. I was living in a boarding school for a year in a small village in Brandenburg, which is located in the south of Berlin and then switched to a small town in Baden-Württemberg.

Even though Berlin is an international and foreigner-friendly city, it is not the picture of the rest of East Germany. Due to the Cold War history, Germany is still not pretty evenly developed today. And this has also reflected on the behavior of the people who live in the area. In short, East Germany is more racist than West Germany and it has become the home of new racist groups like PEGIDA, and the main supporter of the right-wing party AfD nowadays.

To be fair, living in Germany as a foreigner is relatively ok because they have that Nazi history and are treating this issue very seriously. Just sometimes, you will accidentally run into some random uneducated racist scums hanging on the street and they will ruin your day by saying racist shit to you.

Growing up in the Western world as a Chinese kid is like, you need to face two different kinds of racism. One is the kind of which most of you are familiar with, like stupid racist dipshits yelling “go back to China”, or lame-ass kids talking “ching chong” shit to you. The funny fact is the moment when you fight back and insult them they will be like “oh no I didn’t mean that, it was only a joke hehe”. Suddenly they just start acting soft as water and try to get away with it lol. The second kind is the middle class rich white people, who show their pity by pretend to care about you. Most times they are acting nice and friendly but you will realize they feel they are holding some kind of white privilege when they ask you questions like “oh there are also KFC in china?” looooool. And the moment when they realize you are actually having a better life than they expect or you are showing you have stronger ability than they want you to have, they just gonna hate you in secret, because you are not fulfilling their fantasy of being a damned third world country poor kid and to let them feel the superiority of living in a “developed” country lol. We have a word for those kinds of people in Chinese, which is 臭傻逼.

So once I was with my friend in an Asian restaurant in Dresden (the fucking PEGIDA capital city), and there came two right-wing skinhead dipshits. At first, they were trying to get our attention by speaking ching chong as we were speaking, and then they try to mock us by making loud eating noises as we were trying to eat our noodle soup. There was a moment I was so angry that I just wanted to react extremely violently, but to be fair, if you have ever seen a right-wing skinhead in your life, you know they are all muscled and you have very little chance to win fighting against them.

There were moments such as those, which made me, doubt myself about everything and every decision I made. Because, why the hell, should I, an educated human being be humiliated by some reason which is not even my fault? And you also know exactly, in an occasion like this, education doesn’t help you in any way. So that was the moment when I start to make my decision to move out of Germany.

“Ausländer raus” they used to say, which means “foreigner get the fuck out”, so now I’m out, but not because I’m kicked out, but by making the decision to leave the shithole. 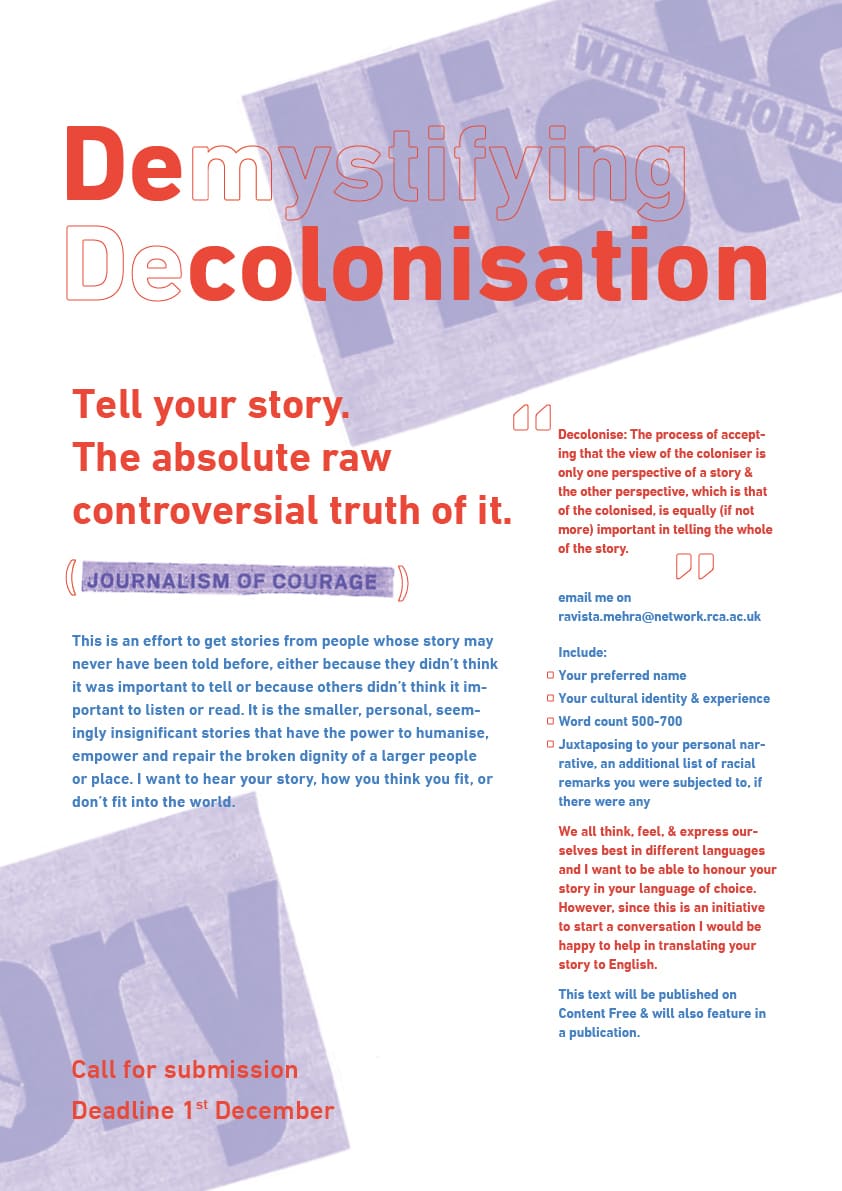 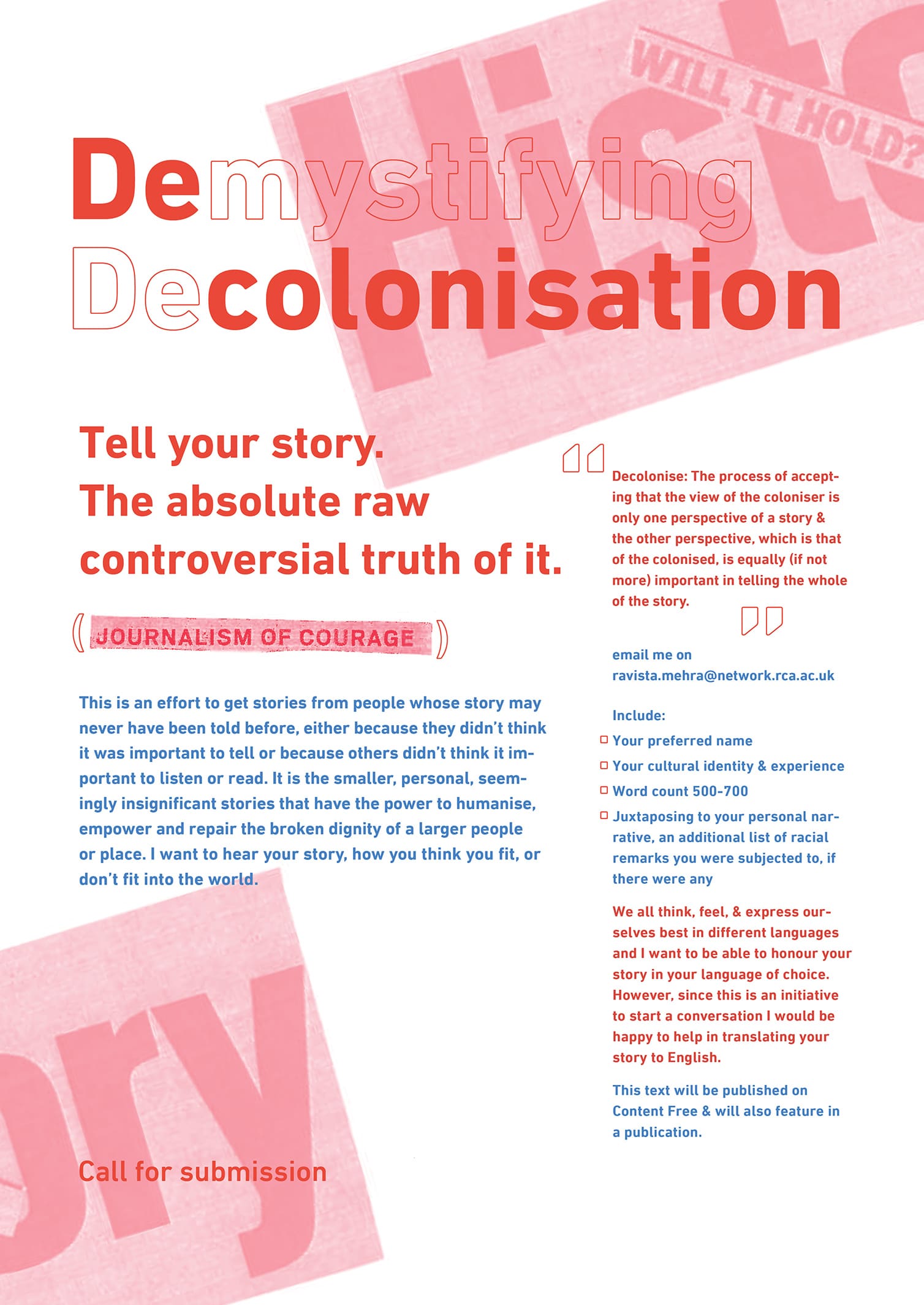 Ravista Mehra is a Visual Communicator born and brought up in New Delhi, India.

Linyou Xie is a 3D animator and visual artist from China and currently based in London.