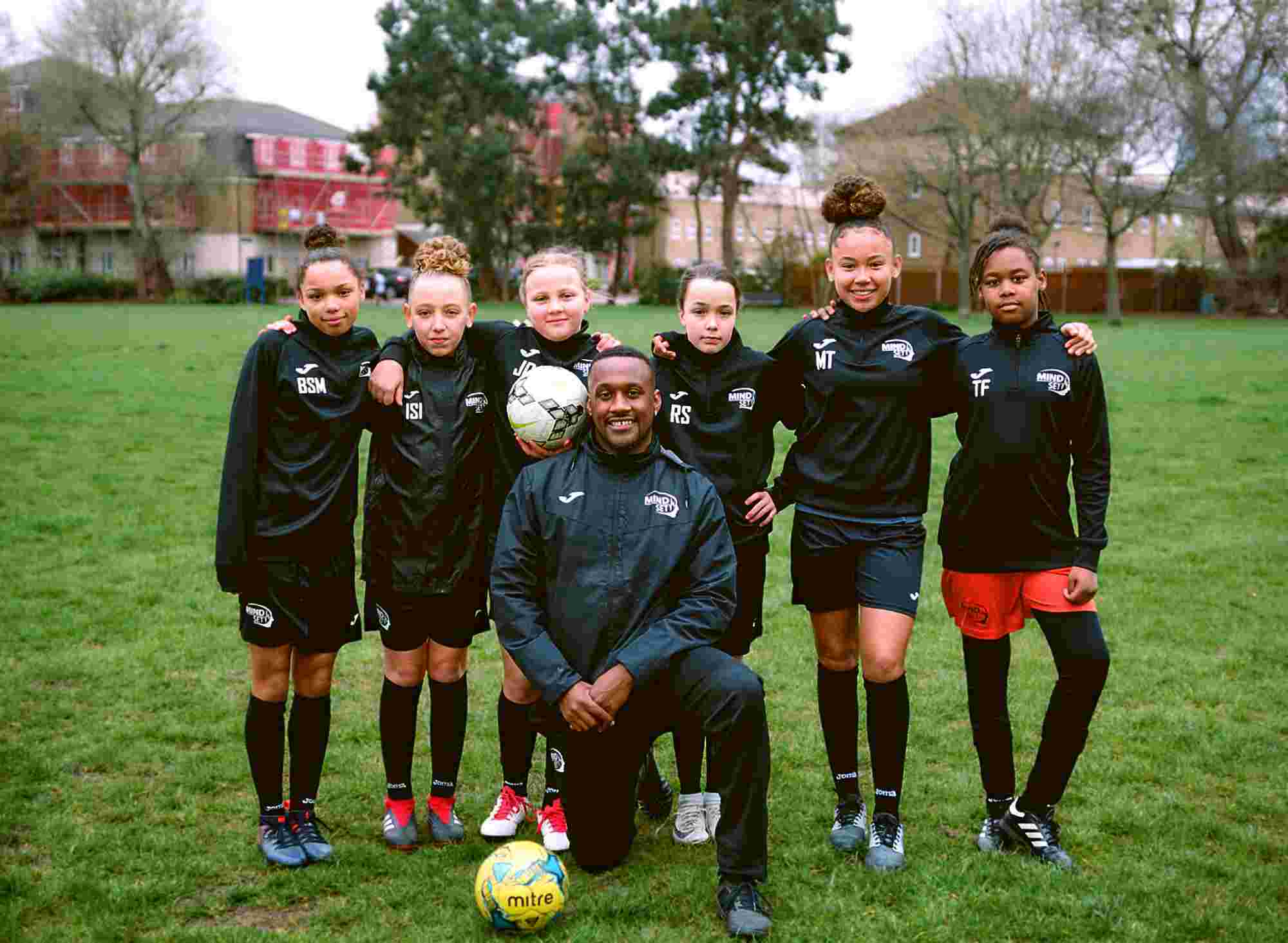 Prioritising the ‘Professionals’: how semantics are used to systematically restrict womxn to amateur status in sport

The past two weeks have seen a series of bans in womxn’s sport due to the UK’s second COVID- 19 lockdown. It was confirmed by CEO Ben Morel, that the Womxn’s Six Nations Rugby tournament would be “impossible to conclude due to the sport’s amateur status”, with there being no mention of concern for the men’s tournament in February 2021. The week prior, the Football Association [FA] ruled that girls at elite regional talent academies and clubs are suspended from play for four weeks, while their male counterparts are not.

In response to this:

“Baroness Campbell, the FA’s director of women’s football, said the situation reflected that work still needed to be done in the women’s game. The FA’s ruling has sparked widespread anger across the women and girl’s game as it seemingly contradicts government guidance, which stipulates that an elite athlete includes any person “aged 16 or above and on an elite development pathway.” The Government is unsure and even baffled by the FA’s decision to omit girls’ academies, as girls aged 16 in elite pathways should qualify for the exemption in the same way boys do.” – Telegraph Sport

After the initial ban, nationwide outrage flooded the media and challenged the FA on their discriminatory decision, which then pressed them to readdress the ban by telling “girls academies they can reopen during lockdown if they are able to meet elite protocols, but admitted they doubt many will have the resources to do so.”

This acknowledgment of lack of resources not only highlights the known disparity between the developmental frameworks for boys and girls football, but also questions why these programmes are not having the same structures applied to them. As a personal anecdote, when playing for Brentford Women’s FC, we were entirely funded by the Community Sports Trust with no funding coming directly from the club itself. We were often told that we needed to reach a certain level before the club would be financially interested – but they were happy for us to use the logo to promote their name. Similarly, with the nationwide respect for football academies being a ladder into professionalism, is it the case then that supporting girls’ football is tokenistic whereas boys’ is official? If the boys’ framework is efficient, then the FA have a model that works which can be applied to the girls’ setup. Unfortunately, most of the girls’ elite academies are training on hired premises which are closed due to the ‘amateur grassroots’ title applied to them, while the boys train on club owned premises.

“Campbell said that they had been working with the government over the weekend to try to find a solution for girls’ academies.” However, “The boys’ FA Youth Cup will also continue if fixtures include two ‘elite’ clubs, while the women’s senior competition is at present on hold due to all teams falling short of elite status.

Stephanie Hillborne, the chief executive of the charity Women in Sport, said: “It is almost unbelievable that these young women are penalised and must stop from playing because they’re not considered ‘elite’. In the womxn’s game, girls are not allowed to be legally contracted by a WSL club until they are 18 and are considered grassroots players up until that point. By contrast, some Premier League clubs offer paid scholarship wages to boys from the age of 16 until they become professional, but their female equivalents do not receive any form of remuneration. “It is shocking enough that the gender pay gap in football starts so young,” added Hillborne.” – Telegraph Sport

But is the notion of equality really that radical in 2020 and who is in control of these career-hindering semantics? By perpetuating an oppressive narrative with the discourse used throughout the media, inevitably filtering down to the players themselves and the rest of society, we are allowing the patriarchal narrative that men are better than womxn to continue, despite the necessary (occasionally tokenistic) work that has been done to promote womxn’s sport.

Boys at Tier 1 and 2 academies qualified for the government’s “elite athlete” status, which allows for athletes aged 16 and over to continue training on elite talent pathways. As first reported by the Telegraph Sport though, the FA left many baffled - including government officials - when they deemed girls of the same age as falling outside of the elite definition.

The Womxn’s FA Cup was also paused, as all teams involved in the first two rounds to be played in November fall outside of the “elite” definition needed for a government exemption. It means that femxle senior players in Tier 3 and below, some of who should be preparing for December European Championship qualifiers, will be out of action, while some boys’ FA Cup fixtures will go ahead - as did the men’s.

In the Nike Football Presents: A Female Focus workshop on the 16th November, Former England player, Karen Carney and former England player and coach, Hope Powell, discussed the importance of accessibility and setting standards. Carney stated that “clubs need to focus on not settling for less than the high standards they need to be setting for themselves.” Powell added to this by asking, “how do we get a talented girl to join and stay in the game if she can’t access the play?” Both accessibility and standards setting are imperative for the womxn’s game to be taken seriously by investors, fans, and young players. Talking about womxn’s football weekend, Powell went on to say that “the support and coverage is like never before. The City and London Derby are both fantastic products, encouraging young girls to play. But we need new people to support the game, and we need to do this by demanding standards of product to ensure fan engagement.” Interestingly, Marzena Bogdanowicz, the FA’s Head of Marketing and Commercial for Womxn’s Football, on how to grow the womxen’s game asked: “how can we make sure we have the right people in the right places?” This question is constantly being asked of coaches, players and organisations, but the notion of challenging semantics doesn’t appear to be coming up. One of the many important questions that needs to be asked is: how do we go about changing the sexist semantics of sport?

In the spirit of the tumultuous times of 2020, let us briefly revisit the history of the Football Association. Historically, the FA was formed on the 26th October, 1863. Given the societally enforced narrative of the housewife at that time, womxn weren’t at all considered in the nationwide development of England’s favourite sport. It wasn’t until 1894 that the first womxn’s game occurred, with all proceeds of the match going directly to charity. By showcasing the womxn’s game as a charitable cause, the narrative immediately takes professionalism away from the lens and focuses on leisure – implying that womxn play as a hobby rather than a career pathway. The FA directly proposed that “an excessive proportion of the [gate] receipts are absorbed in expenses and an inadequate percentage devoted to charitable objects”. No such obligation to donate profits to charity existed for men’s clubs and no proof of financial impropriety was presented, but there was little the womxn’s clubs could do in response.”

But sexism in football isn’t limited to restricting womxns’ games to charitable events and promoting mens’ as investment opportunities. “The Munitionettes were part of the femxle workforce that took up war-time employment in the production of munitions during the First World War, as both the demand for munitions at the war front increased and the male workforce was depleted.” And despite the “great reluctance to introduce womxn into this type of work, with trade unions concerned about how this would affect the working rights of the men upon their return from war, the hostility of existing male workers to womxn encroaching on their job opportunities and the general uncertainty as to whether or not womxn would be capable of such work.”

And within the “National Union of Clerks in 1916: “EQUAL PAY [ACT]. There can be no possible doubt that to safeguard the interests of men enlisting that the same rate of pay must be paid to the womxn undertaking their duties. But it may be found that work previously done by two men is now divided amongst three women. In this case the aggregate salaries must not be less than the total amount paid to the two men. This ensures that the Employer get financial inducement to replace the male clerk by a lower paid femxle”. (14th December 1916, HH31/27/17)

During this time, “the factory workers began playing football in their spare time and eventually formed football teams. Although women’s football was not unheard of before WWI, it did not gain anywhere near the same popularity that the womxn’s football teams developed during the War.” The Government utilised the power of advertising for financial gain and “encouraged womxn to play football as the games boosted morale and reinforced the image that womxn were capable of jobs deemed only appropriate for men.” But they managed to keep sexist restrictions in place by ensuring that “all of the matches womxn played raised money for War charities.” In doing so, this ‘football for leisure’ notion filtered down through the game since 1918 via oppressive semantics disguising restrictions. For example, “on 31st March 1917 The Lincolnshire Chronicle reported on a match between the Lincoln and Derby Munition Girls: “well, readers, to be candid, this game was very funny in many ways…most of us went to scoff [though not unkindly, I’m sure].”

“After the War, the 1919 Restoration of Pre-War Practices Act meant that many womxn were forced to leave their jobs in the factories and return to their pre-war roles. Many of the football teams formed out of the munitions factories quickly disappeared. Women’s football ironically reached its peak in popularity after the War, proving to be as popular as men’s football,” which led the Football Association to react by banning women from playing entirely on the 5th of December, 1921. The FA “encouraged associated clubs “to refuse the use of their grounds for [womxn’s] matches.” They deemed “the game of football quite unsuitable for femxles and ought not to be encouraged.” This ban was justified by the FA by suggesting that because womxn’s games were charitable – which they enforced in the first place – they weren’t sustainable, and the men’s more commercial approach was best for the FA. “Women did not play professionally again until after 1971 when the ban was finally lifted.”

With this initial ban in mind, and based on the systematic sexism within the FA, it isn’t surprising that yet another ban has occurred after all the supposed progress that has been made, and leads me to ask how sexism has morphed in womxn’s football over time, and what does it look like in 2020, leading into 2021? What’s really in the undercurrents underneath the glossy campaigns and sponsorships, and how do we, as the womxn’s sporting community, grab it by the patriarchal balls and rip it to shreds?

Image courtesy of Halftime – a collaboration between photographer and activist, Eliza Hatch, Founder of Cheer Up Luv, and Mindset FC.