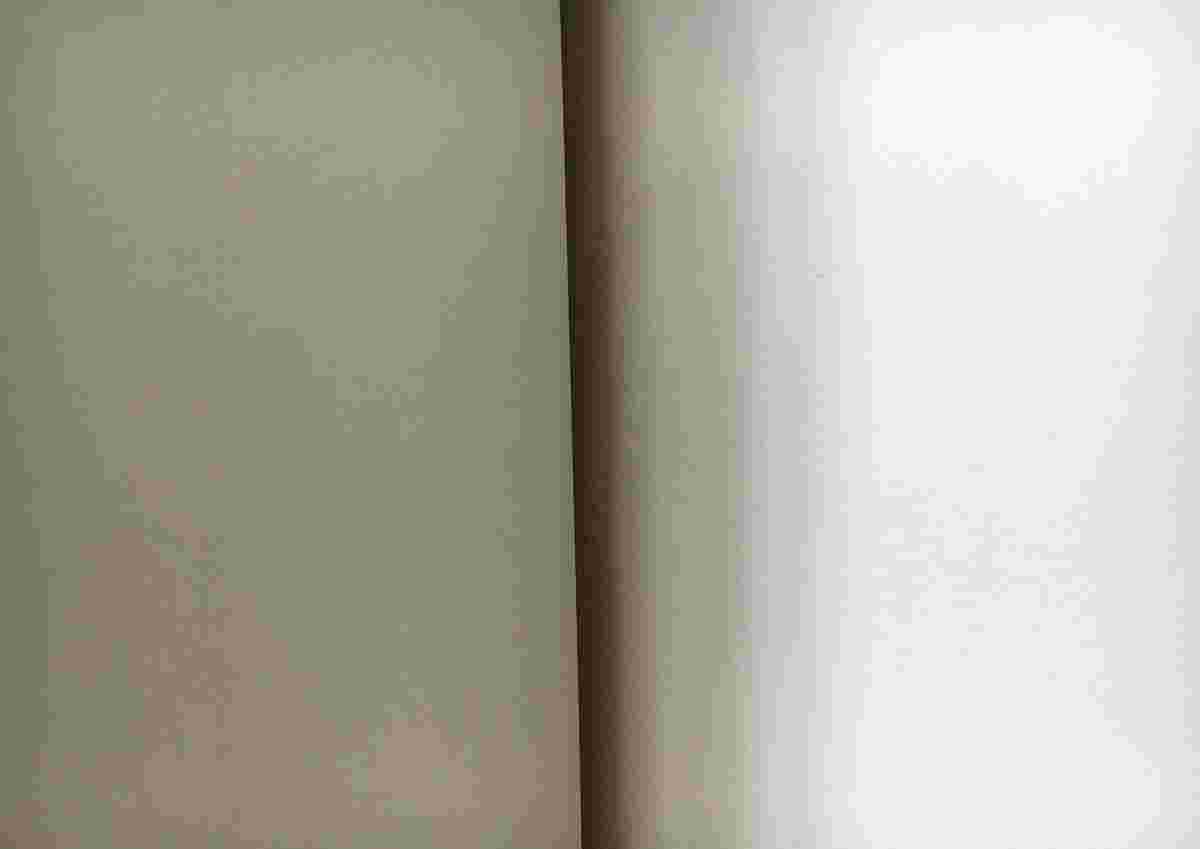 Report on the state of grey affairs. Friday 03 April 2020

I’m starting to worry, just a bit. I’m starting to worry that, soon enough, there won’t be much for me to report. It might be completely trivial to worry about something like that right now, when you think about it. But still. The thing is, grey is there now, and there is not much else to say. It is just the way things came to be. After the original turmoil, after the frantic buzzing of phones accompanying a never ending flow of « How are you? » messages, the sudden need for order, the spontaneous generation of to-do lists, the elaboration of expertly planned daily routines and the cascade of « Stay safe! » posts on social media, it seems like things have settled down. The dusty presence of grey stopped being an ominous cloud. Just like after a heavy snowstorm, all that is left is a soft layer in which everyone has started to draw new marks, find new bearings and paths to beat, then follow. Blizzard happened for sure, there is no shortage of evidence. But it seems over for now.

So what is left to write about? In my first report, I stated that these were strange times to write about grey. I feel like it is getting harder. Now that grey is the default, what even is grey anymore? So for today’s report, let me announce that grey is doing brilliantly, and so well actually, that is is now hard to notice. When it comes to colours, what matters is not really tints themselves, but how they relate one to another. Josef Albers knew about all this. And now that there is not a lot of contrast remaining, finding what stands out is becoming a tougher job for both the eyes and the brain behind them. Again, maybe it’s just me.

Some people might be expecting me to be thrilled by the circumstances. Grey is everywhere now, aren’t you pleased? No, not really. To be fair, I’m actually quite scared. Because if everything is grey now, if grey things become unremarkable, then is grey going to become bland? Am I going to lose touch with grey? Am I going to become greyblind. If such a thing as greyblindness exist, it must be one of Hell’s circles.

There is a paradoxal aspect to the current situation — typical side effect of greyness. When I say that grey is settling in, it isn’t quite correct. Grey is — I think — an absence of settling, despite what you might be picturing when the word ‘grey’ pops in your head like a tiny smoke bomb. Understanding this requires taking a few steps away from common understandings of grey as a silent, mild and sluggish in-between. Grey can be in-between, but it is also outside and around. It is one and the other; yet neither of them. It’s all a matter of framing, really. As much as you can frame grey. Grey is restless and uncertain. So when I say that grey is settling in, I am pretty much describing the settling of an unsettled state.

The settling of grey. Uncertainty becoming a firm known structure that can now be integrated as part of the general layout. The melting of time is a given now. After a moment of puzzlement, not relying on the concept of date anymore comes naturally. There are « grocery days », « working days », « quiet days », « cooking days »; add your own. Some stubborn souls still hold on to the concept of week. Bold move, if you ask me. Not knowing what time it is doesn’t really matter much these days. It’s quarter past grey; let’s make some more coffee. Apparently — I just checked to be sure — acceptance is the last of the five stages of grief.

I always found deeply interesting how unreadable things, unstable things, things that can’t be labelled, grey things, can end up becoming a label. How the absence of certainty can become a certainty. How structures emerge from the absence of structure. I don’t really know what to say or think about this. Just that it is both pretty ironic, frustrating and fascinating at the same time.

Now that the daily landscape has been reduced, there is a tendency to become more observant, to become a specialist of the reduced space in which we evolve. Close up, enhance. We take notes of the neighbour’s habits without really noticing. A pillow fort appeared, framed in a window across the street. It becomes easy to observe the little changes that are still happening around. The increasing amount of laundry hung to dry outside. I saw a dozen stuffed animals neatly arranged in a line the other day, like a happy heavy garland swaying with the wind. Children’s drawings taped to windows so they face the outside. Felt-tip pen, glitter glue. Many represent a rainbow.

After some more time spent there, I found more grey things in my new center of operations. Again, a brief listing:

Faint cracks in the white paint. The dirtied parts of my laptop charger, probably due to it’s numerous trips across London crammed in my backpack. The marks on the wall around the light switches. The specks of mold on the bathroom ceiling, like inverted phosphorescent stars. The metallic kitchen sink and the limescale marks on it. The patches of dry skin between my fingers. The stale roofs of the houses I can see from my window, and that odd circular mark on one of the façades.

I’m not greyblind yet, apparently. And there are still things to write about for now. 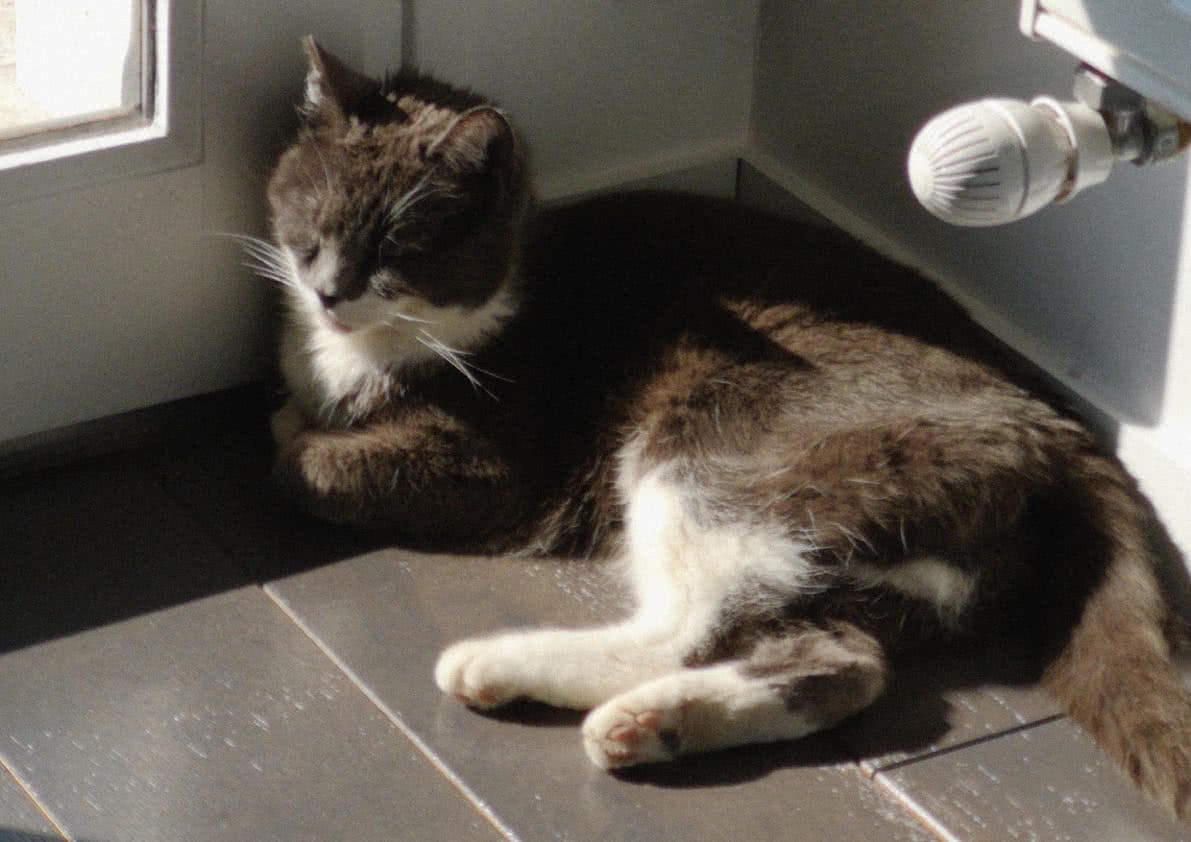 Hello. I’m chiming in to confirm the general progression of grey. It is definitely here, and it’s settling in. ... 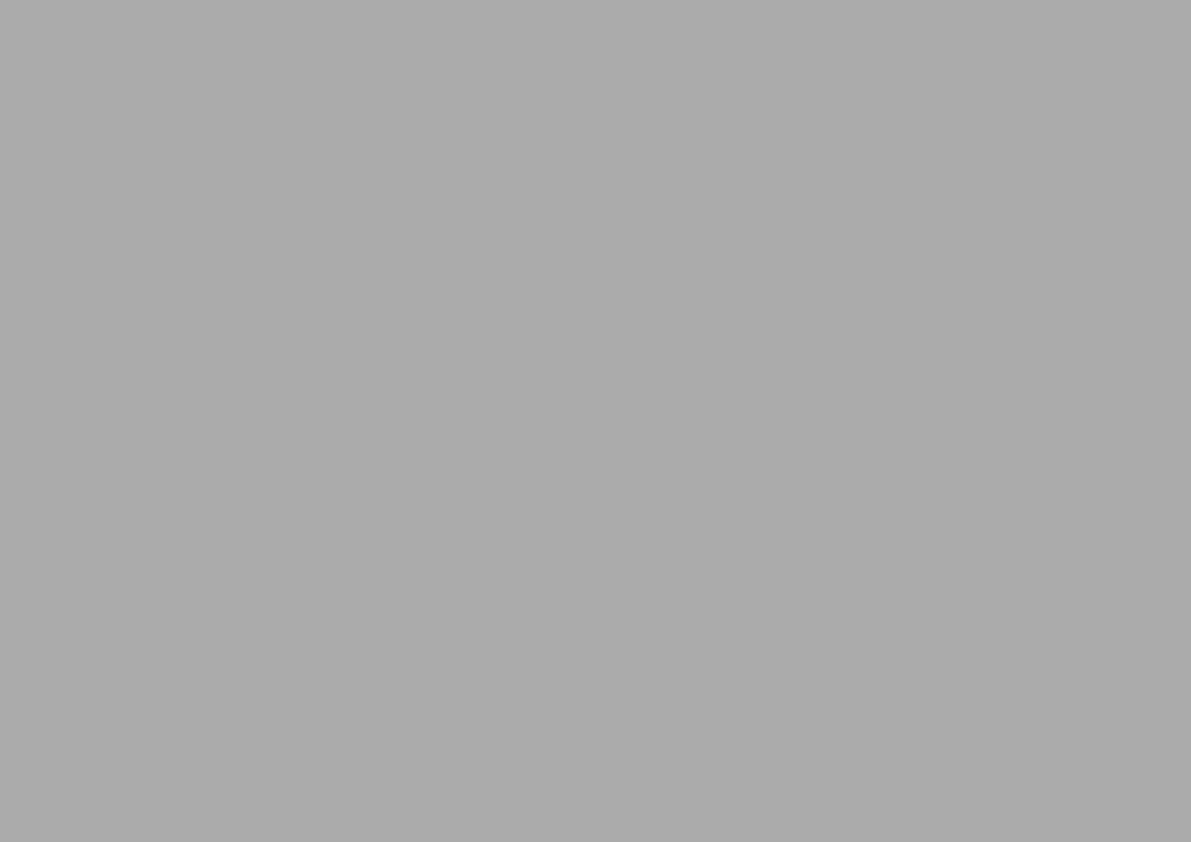 I don’t know where to begin. I just feel like there is a need for an update on the cu...