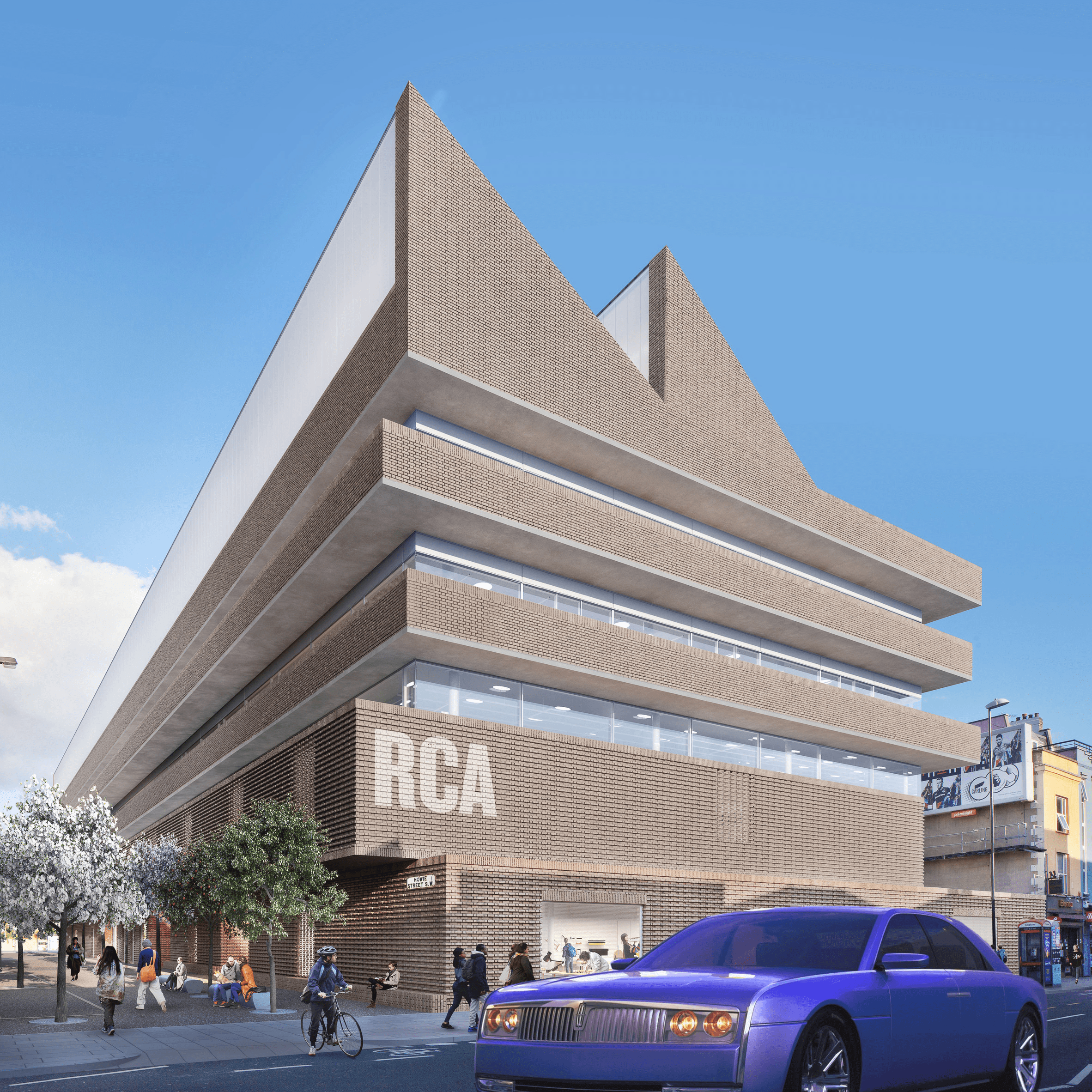 The Business of Design

Welcome to the second edition of the Vice Chancellor’s lectures. The raising-your-hand feature will not be used on this occasion, and the Chatham House rule still applies1. Tonight’s speaker Gerry McGovern is to Land Rover what Tom Ford is to Gucci and Jony Ive was to Apple. 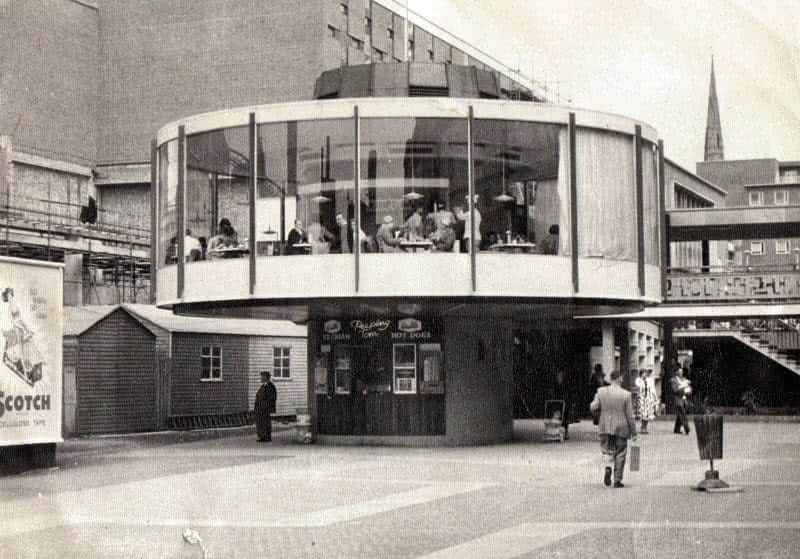 , which was rebuilt after the Second World War by the architect Donald Gibson.

America had a preoccupation with getting to the moon and that was being reflected in a lot of the imagery that was visible in its industrial products.

The social ambition of Gibson’s plan – to provide housing and public infrastructure to a growing migrant workforce while alleviating congestion by banning cars from the city centre – finds little mention. McGovern is more interested in the international-style buildings as aesthetic objects: Their scale, use of exposed concrete and steel, glass facades, the flying-saucer inspired floor plans, the clean lines of it all.

On the 1963 Lincoln-Mercury Showroom: I would put money on that if you went to America today you would not find a car dealership that had the level of sophistication and visual sensibility that this building had. The reason I show it is because with any brand it’s important – particularly brands that operate within premium and luxury – that you have a consistency of execution of what you represent both in the designs of the products, the buildings you present them in, or your websites, or whatever.

From here, we make a transition into American automotive design of the 1960s and 70s. The clean lines of Gibson’s modernist architecture find their echo in the Gesamtkunstwerk of the 1961 Lincoln Continental 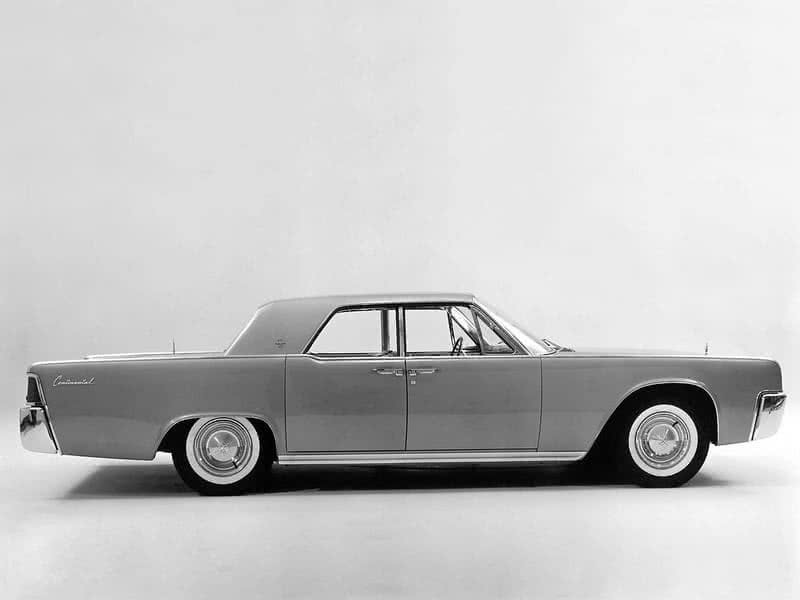 , the 1963 Lincoln-Mercury Showroom in Long Beach 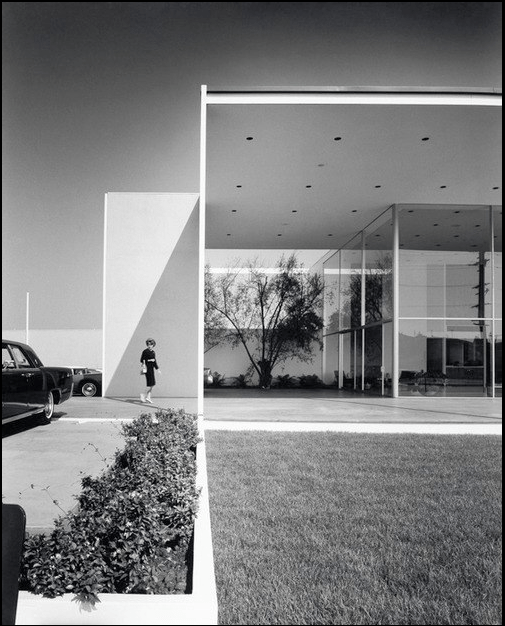 , the photography of Julius Shulman, and Jackie Kennedy 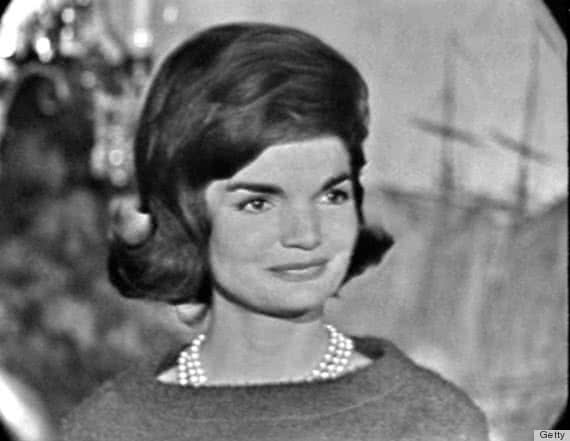 On his house: This is the home I designed in Warwickshire with an English architect, he always wanted to be a car designer and I was thinking about being an architect, when I met him 30 odd years ago we said we were going to design a house together, the relationship was good to start with and then; you know what creative tension can cause in terms of relationships? But that’s another story. 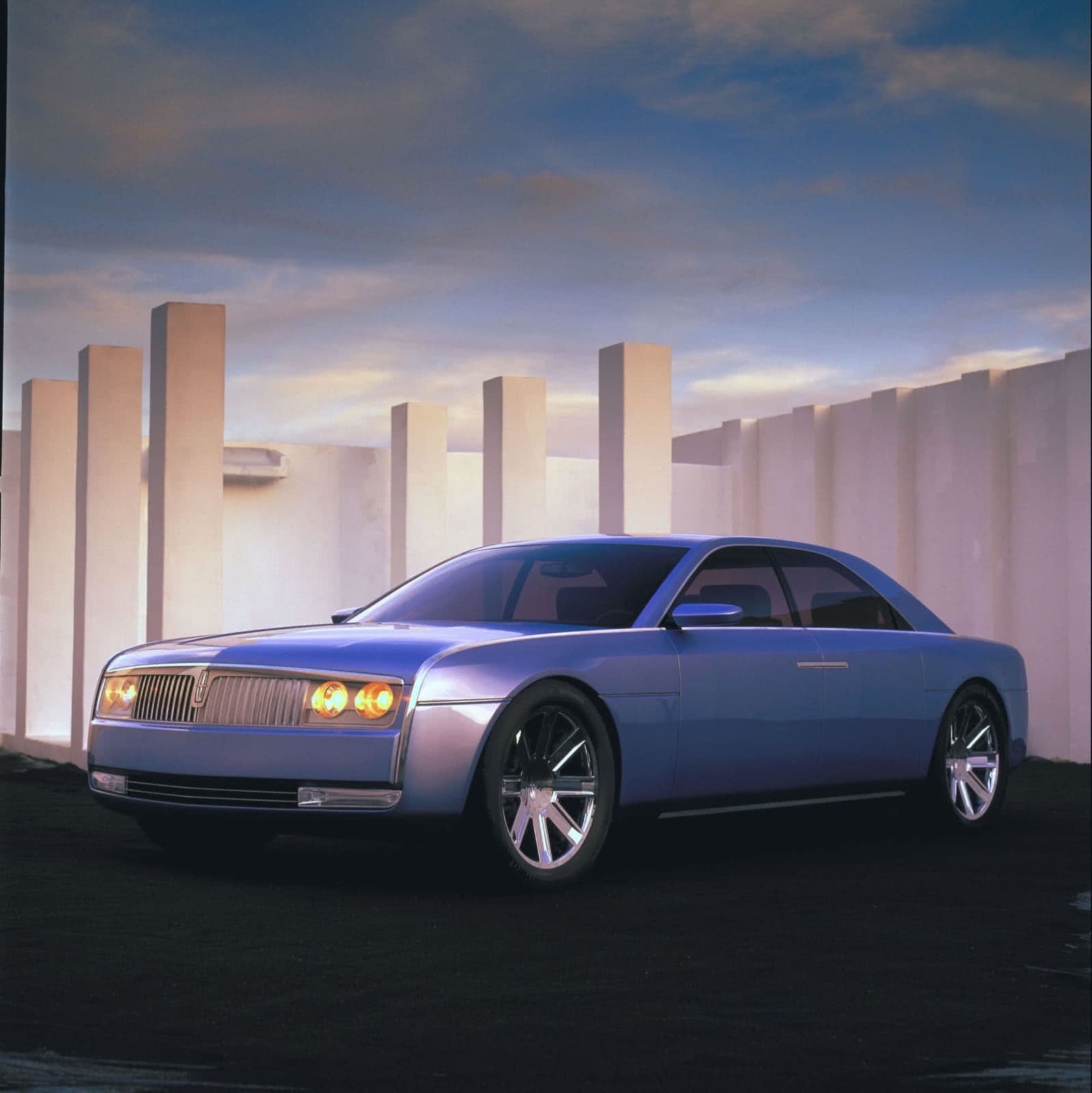 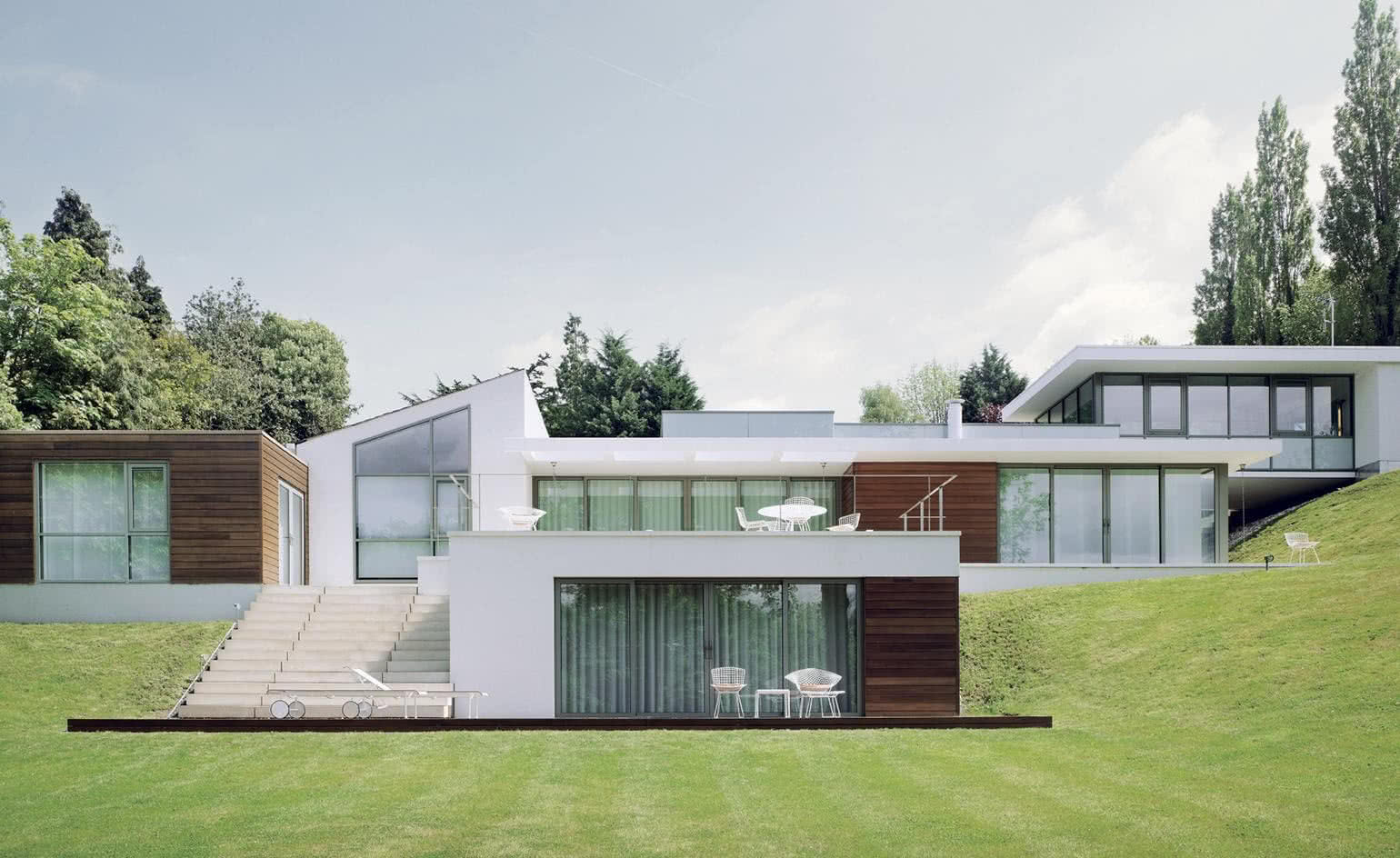 On Land Rover and heritage: We have a unique heritage that’s evolved over many years. Land Rover has become synonymous with world leaders, high achievers, and members of the royal family. For me it’s about recognising this unique heritage but not being held back by it.

The fact that the formal qualities of SUVs (particularly their height compared to other cars) make them twice as likely to kill pedestrians in an accident because they impact the upper body, and 11% more likely to kill the driver because they’re prone to roll over, goes unmentioned.

On Design philosophy: We have the four key elements and these talk to these four values: Modernity, Relevance, Sustainability, Desirability.

McGovern’s discussion moves seamlessly between the physical construction of the cars and the language, metaphors and images used to promote them. In addition to material studies, feasibility assessments and so on, the process to design a new model also includes the production of animated films showing it driving on empty roads (anticipating eventual TV commercials), and the fabrication of its trade show booth. The spectacle seems to be as much part of the product as the rubber, glass, and aluminium (more on that later).

On Desirability: We don’t produce commodities, we produce vehicles, we produce products that our customers truly have an emotional connection with. This is absolutely a prerequisite of luxury or premium products, because people don’t need these things, you don’t need a luxury Range Rover, the difference is you desire it. And for me the greatest products, the greatest designs are the ones that elevate themselves above the ordinary and have the ability to resonate on an emotional level .

This makes sense: Land Rover doesn’t sell a utilitarian object (McGovern himself admits that “nobody needs a luxury SUV”), but an experience. I doubt many people drive their Land Rovers up mountain sides 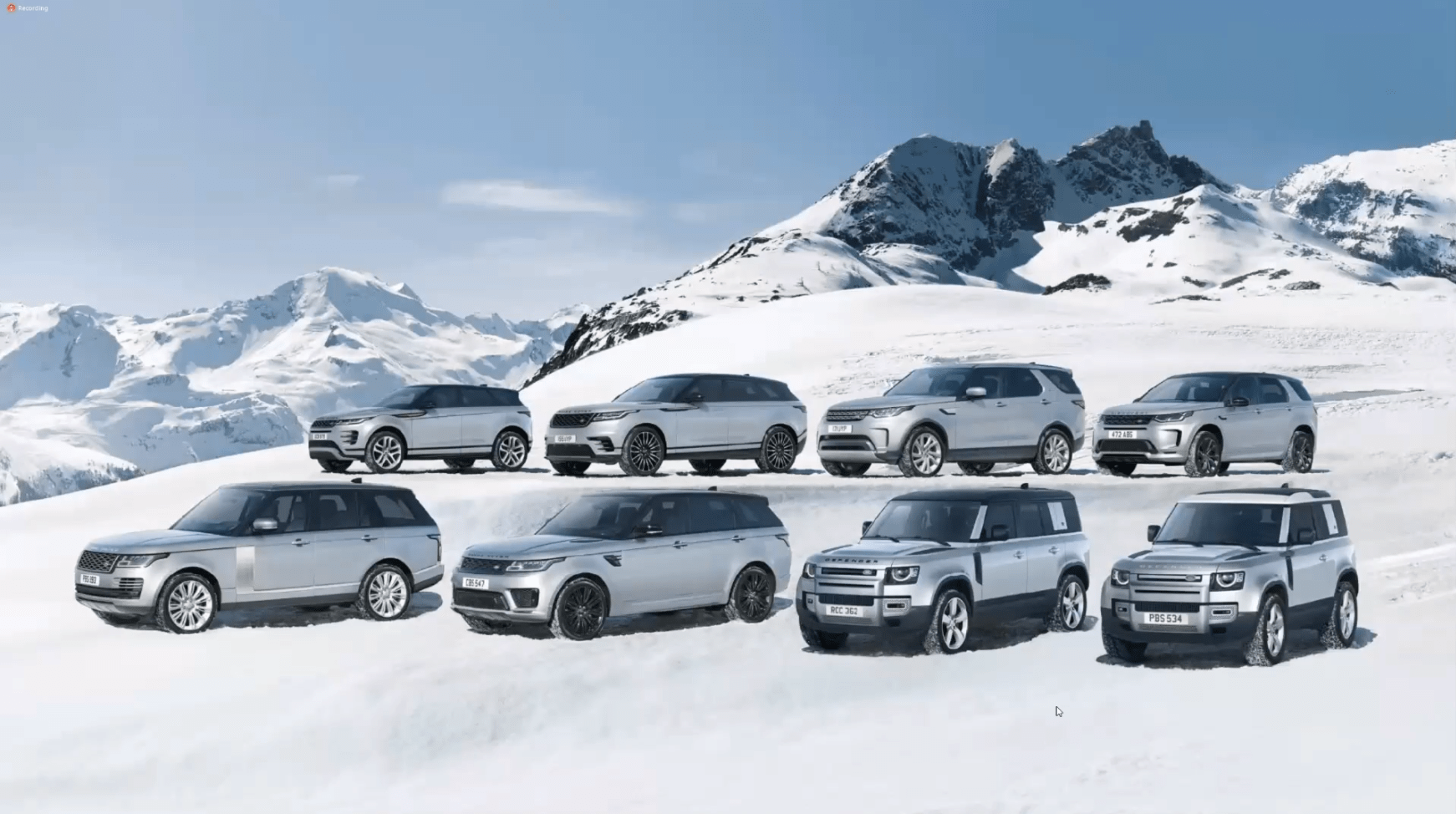 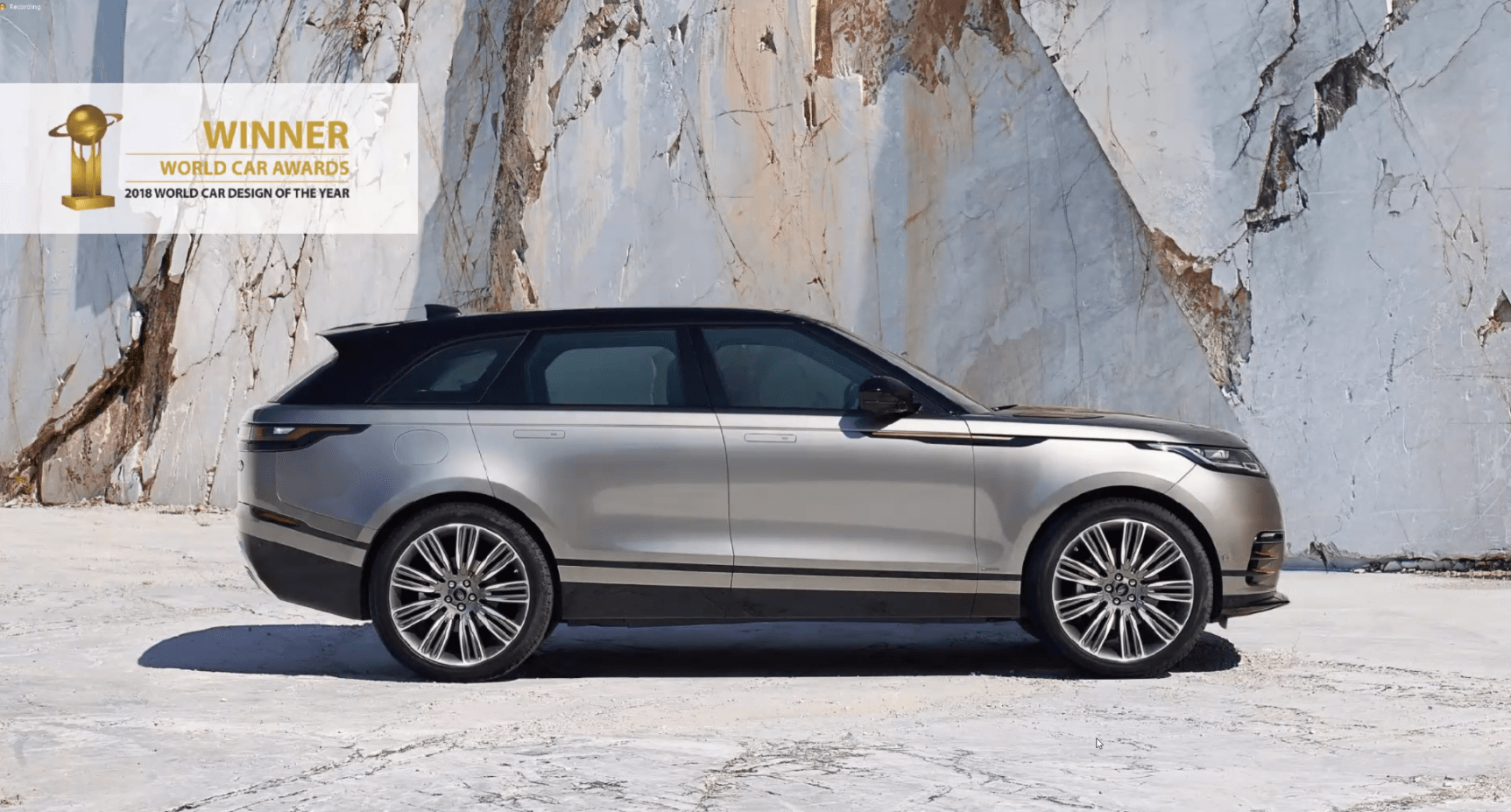 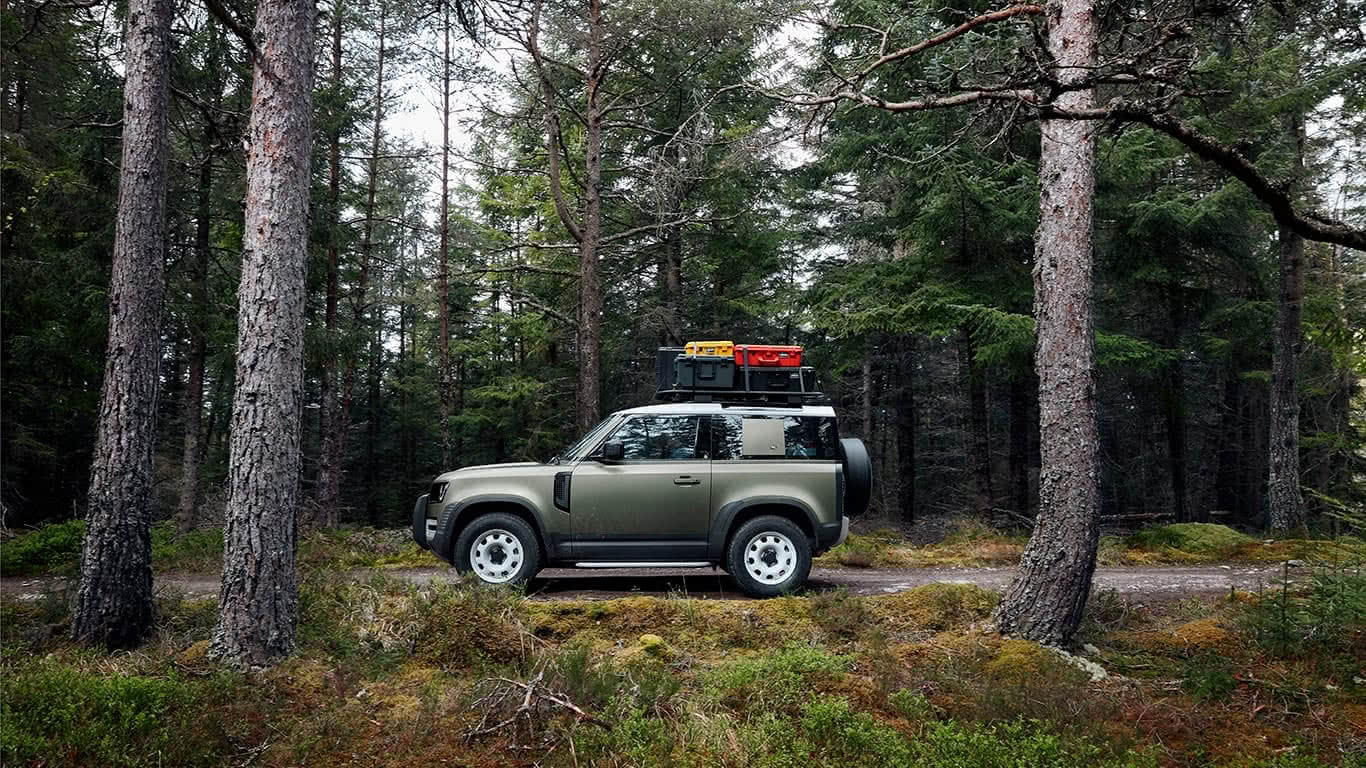 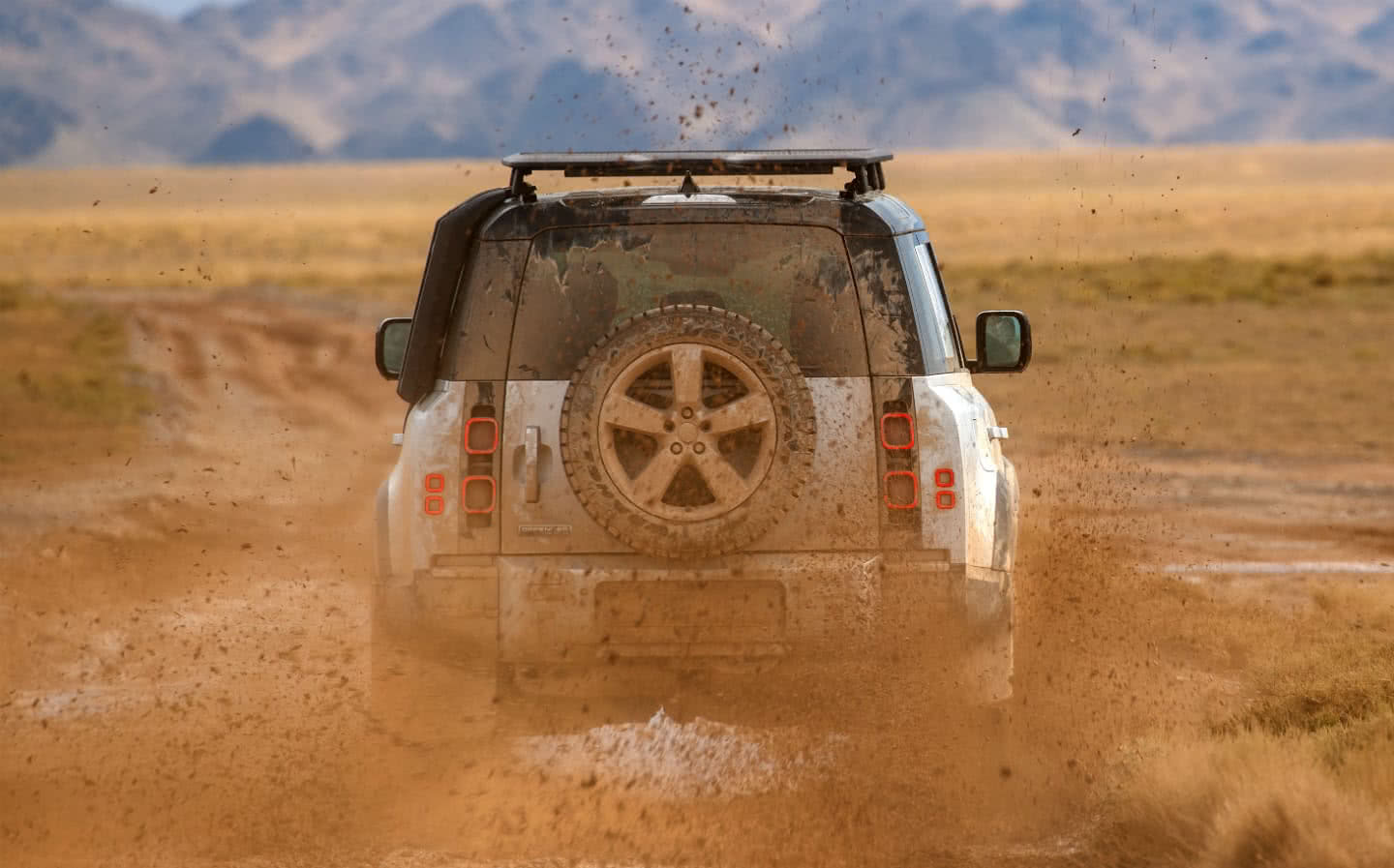 suggest. But that isn’t the point: What Land Rover is selling is the idea that you could do those things if you wanted to, the feeling of security and power.

On the Defender: Very important vehicle (VIPV). We launched the vehicle last September but unfortunately due to Coronavirus that has negated our ability to get the vehicle to our customers, but they will be coming out soon. 65 million people watched its presentation (that’s the population of the UK), we registered 7,000 social media posts, 720,000 total views. 800,000 people went onto the website and configured a vehicle. This vehicle will be used on all sorts of terrain globally.

Toward the end of the presentation, you get the sense that things might be changing at Land Rover. While the climate crisis is not mentioned by name, there is some gesturing toward “sustainability”. To reduce weight, they stamp their car bodies from aluminium instead of steel, and they’ve begun to replace leather interiors with fabric. It goes unmentioned that despite such measures, SUVs were the second-largest contributor to the increase in CO2 emissions in the past decade, ahead of heavy industry and commercial aviation.

On success: Success has to be based on the sales. It’s great to get accolades from your team, but what really matters is sales success because we are industrial designers. We have to make products successful to reinvest in new products and sustain our business and the livelihoods of our staff.

McGovern says that this is in response to “regulations” – Presumably he’s referring to developments like the European Commission sharpening its emission rules, calls to ban SUVs following deadly accidents, and cities worldwide rethinking their relationship to private cars altogether.

On the Defender’s front jumpseat: Great place for your favorite dog, I know my maltipoo is going to have a great time sitting there when I get my Defender. I did have dobermans before, I had two of them but I think they would have fought to get in to that seat, I suppose that reflects my maturity, I don’t have dobermans anymore, I have very small dogs, what does that say about my personality? I’m interested in your thoughts on that, too.

But it is clear that McGovern isn’t interested in contemplating a possible future without cars. As his heritage-laden sales pitch for the new Landrover Defender demonstrates, he and his company remain firmly rooted in the 20th century. He insists that many thousands of jobs depend on Land Rover’s continued success.

On collaboration: Respect for other disciplines. I like to tell my fellow executive members that I don’t tell the executive engineer how to engineer his suspension systems, so don’t tell me how to shape the car. In the same way I don’t tell the finance man how to add up, or the purchasing man who to buy from, it’s about making sure we respect each other’s disciplines and recognising that design has to exist as a multidisciplinary exercise.

In an alternate-timeline version of this lecture, the moderator challenges McGovern on these points. She questions McGovern’s depoliticised notion of modernism. She examines Landrover’s imagery – what message is conveyed by placing the cars in seemingly untouched landscapes and empty city streets? She probes the dubious idea of heritage. She asks whether it is ethical to work in automotive design in an age of environmental breakdown. The goal of this isn’t to score points, but to generate a conversation that is more than an extended infomercial for the Landrover-McGovern family of brands.

Some final words from Paul: You’re all peas from the same pod but you don’t want each pea to taste the same.

Of course, none of this was attempted in our actual timeline. Instead, McGovern went unchallenged for an hour, bracketed by praise from the head of fashion (“The rear of the Landrover Defender is the best line drawn in design in a long time”) and the vice chancellor (“A shame Ford didn’t build your concept car”), revealing perhaps more about the hosting institution than anything else. 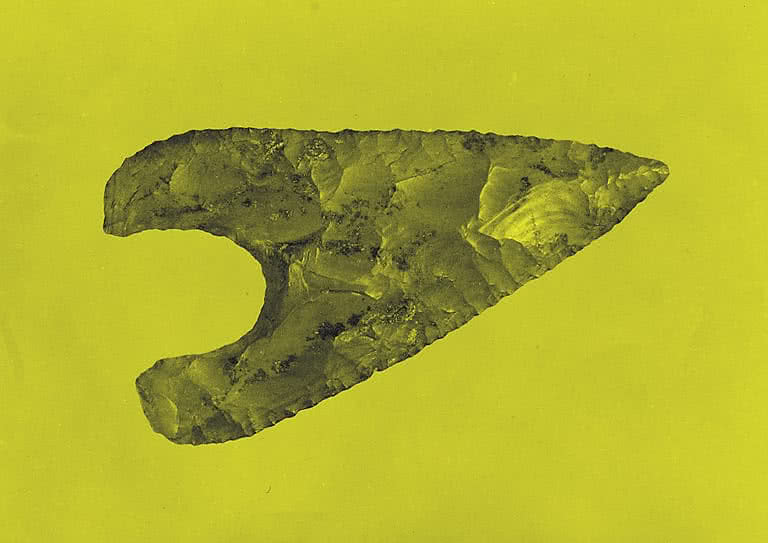 1 This meeting is being recorded, but the Chatham Rule1 applies. We’ve disabled the chat- and raising-your-hand features. Welcome to th...