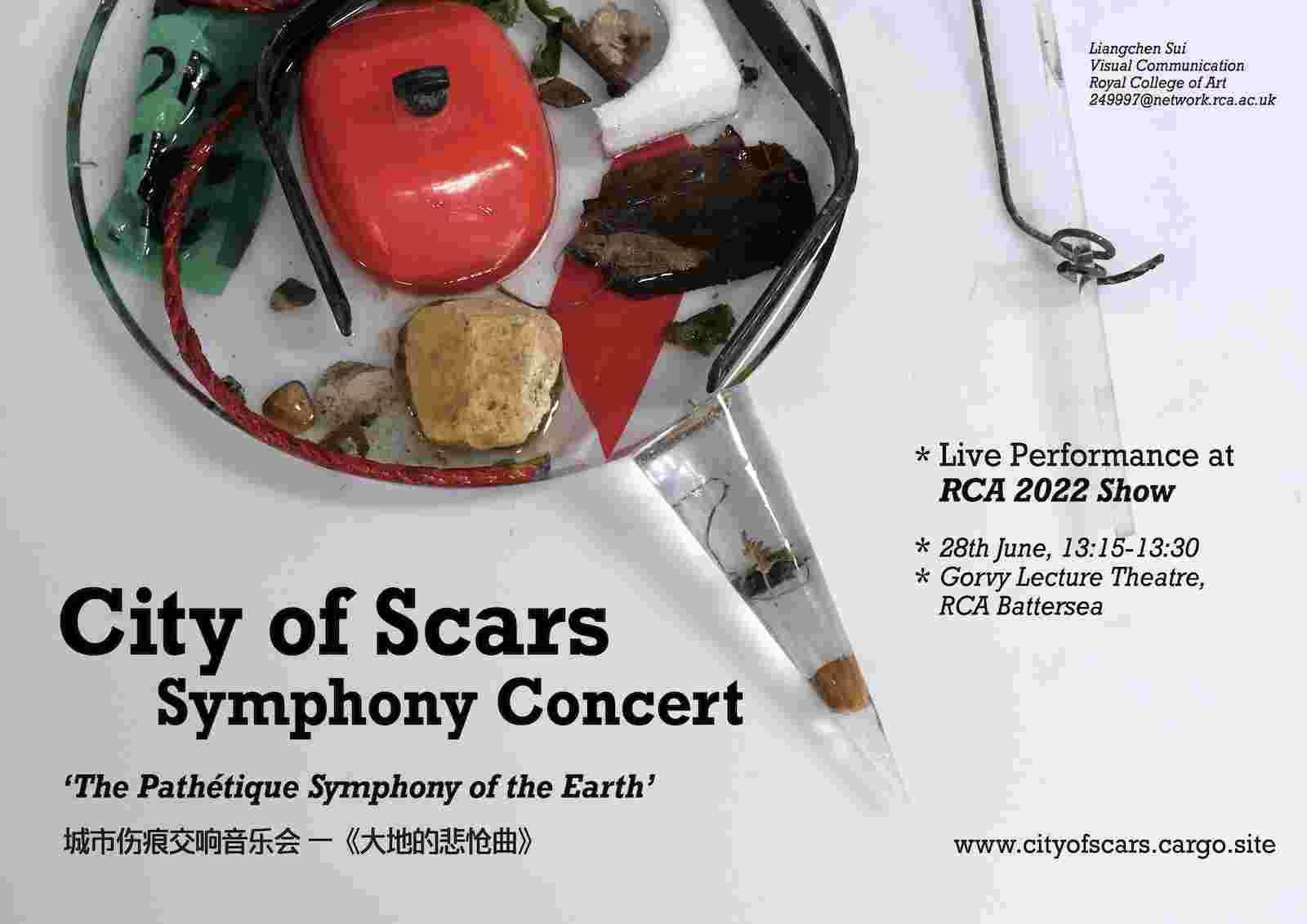 With the relentless development of society and technology, the urban infrastructure construction rate is increasing in speed and scale. Our cities are constantly changing: they are being renovated, repurposed, and rebuilt. Yet, the resulting scattered and numerous signs of physical destruction are very evident on the ground.

As humans continue to challenge the resistance of the earth and ignore the voice of nature, the duality of the relationship between human intervention and the non-human has become an important topic in the contemporary world. Urban traces/scars or restoration (destruction and construction) are formed mainly by human production and life, and may be influenced by the natural environment or the non-human. How will these traces or scars react, feedback and affect humans, other species and nature?

Scars are the Pathétique Symphony of the earth. Their voices are needed to be heard more than ever before.

Music is a world language—its universal symbolism goes beyond language. If the scars of the city are regarded as a linguistic symbol of the earth—a lament of the ground, what kind of commonality do they have with the symbols in music? And, in turn, how do they affect human communication?